Ecuador is the second producer of tuna in the world, after Thailand 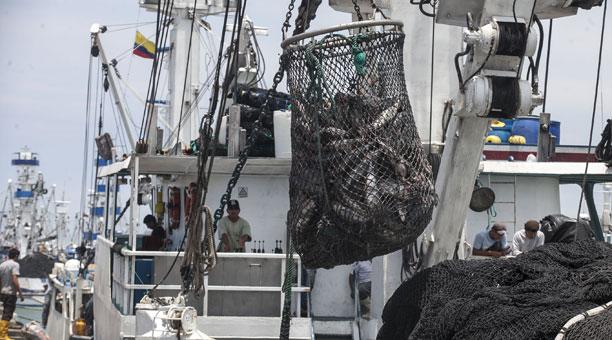 Ecuador now has the most powerful tuna fleet in the Eastern Pacific. It has 116 vessels, with a towing capacity of 93,000 tons. Bruno Leone, president of the National Fisheries Chamber (CNP), argues that the carrying capacity of the Ecuadorian fleet makes it the “greatest power” in the region and the second worldwide, after Thailand. Ecuador has registered and recognized rights through the Inter-American Tropical Tuna Commission (CIAT).

In the world, for purposes of fishery control, there are these regional organisms of order. The country is one of the 23 nations that make up the IATTC, the body that establishes the fishing quota and registers the fleets and their capacity. The country has ships with a capacity to capture from 150 to 200 tons.

The largest, with a capacity of 2 500, belongs to the company Sálica Ecuador, with Spanish capital, which docks at the private dock of Posorja (Guayas). The majority of the fleet is in Manta. There, with the help of external cranes, the frozen fishing of the boats is extracted to tank trucks that lead to the processing plants. According to Leone, the Chamber presented a program of renewal of the fleet during the dialogues with the Government, last year. And it already had the reception of the Minister of Aquaculture and Fisheries, Katuska Drouet. Considers that the antiquity of the ships makes their operation and maintenance more expensive, and must compete with more modern ships. Explains that so far has already made contact with shipyards around the world, who will come to the country to present their offers.

The plan also includes an adequate financing scheme. To have a reference: a boat of 1 500 m3 costs around USD 36 million in Europe. Gustavo Núñez, vice president of the Board of Directors of the Ecuadorian Chamber of Tuna Industrialists and Processors (Ceipa), says that the country’s weakness is having a fleet that is too old, between 30 and 40 years old. Explain that with these boats are done tasks of 30 to 60 days for the distances to which the tuna is. “There the great difference and the effort made by the Ecuadorian industrialist is significant, having positioned Ecuador as the second largest fleet in the world,” he says.

For the Ceipa spokesperson, state incentives are needed, such as soft loans to renew the fleet and underpin the growth of this sector, which reaches USD 600 million in assets. Production Ecuador is the second tuna producer in the world, after Thailand. In 2017, that industry contributed with 9% of the total non-oil exports of the country, that is, they were USD 1 092 million.

The previous one was a year of recovery due to the increase in prices and the agreement with the European Union, but the sector believes it is still in trouble. Rafael Trujillo, executive director of the CNP, points out that “2017 meant oxygen.” Local industries process 500,000 tons of tuna per year: 80% is sent to the external market (loins, cans and pouch) and 20% to local consumption. 250,000 tons of raw material come from the catches of the national fleet and the rest is imported

According to Trujillo, there are some 20 large processing plants. The executive also mentions other small companies that are not affiliated with any guild. The majority of industries (70%) settle in Manta, a city considered to be the ‘Capital of the Tuna’. The LEADERS Weekly publishes today a special on the Ecuadorian tuna industry. (I)

Campana says that the economic plan will not raise the VAT