The Ministry of Defense made the recommendation to President Lenin Moreno to discuss the issue of regional security with his American counterpart Donald Trump , in the framework of the official visit to be held on Wednesday, February 12, 2020. 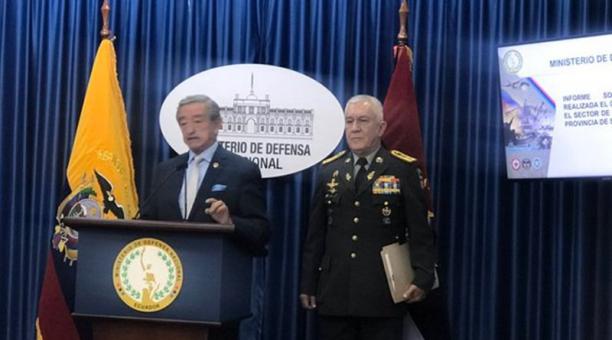 “We have extended responsibility for what is called a common regional security strategy to combat drug trafficking. That has been consulted and accepted by the defense ministers of Colombia and Peru . Therefore it is a proposal, a recommendation and is what will be presented to President Trump, ”said Ecuadorian Defense Minister Oswaldo Jarrín , in the context of a press conference convened on the morning of Monday, February 10.

He added that Colombia and Peru have “a joint responsibility in the fight against drug trafficking ” and that is why a joint strategy has been designed that could count on American support .

“In this virtue (we hope) that what we are asking for is ratified: that the (reconnaissance aircraft) P-3 be maintained and if necessary an Awac (another aircraft) to improve the aeromaritime exploration and other resources that will allow This strategy can be applied to combat drug trafficking at the regional level. ”

The United States is the first partner of Ecuador