Ecuadorian Crude oil, with highest punishment for the last 4 years 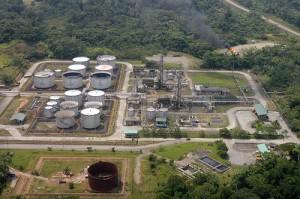 The price of the Ecuadorian crude oil has received high punishments in past July and August. That punishment or differential is a discount the local crude oil is suffering relative to the price of the West Texas Intermediate (WTI). Thus, according to figures from the BCE (Central Bank of Ecuador), published this week, the punishment price reached between January and August at USD – 6.21.

According to Fausto Ortiz, former Minister of Finance, this behavior occurs after two years when the price of crude had an award (2011 and 2012). In 2013 there was a low punishment, while in 2014 a high punishment is observed: in July USD – 11 per barrel and in August USD – 10 per barrel.

All this, while a fall in the price of worldwide oil is recorded. Yesterday, WTI was at USD 90,08l.

Why oil prices deteriorate and why is greater the punishment for Ecuador? According to the oil expert, Fernando Santos, the price of Brent crude oil has fallen 22 USD and WTI has also suffered a decrease of USD 15. For Santos, there is currently an imbalance between supply and demand.