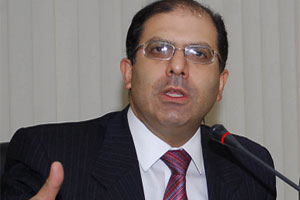 The representatives of the Ecuadorian Entrepreneurial Committee (EEC) submitted on August 20 a letter to the Constitutional Court to be interested parties (Amicus Curiae) in the process of constitutional amendments presented by the National Assembly.

Henry Kronfle, President of the EEC, said that the entity he presides has determined that inside the package of amendments there are 6 items that can be processed through the legislature.

The articles that, according to EEC, may be subject to the amendment are the reduction of the minimum age to be president; the elimination of certain competences of the Comptroller; the territorial division of the management of the Ombudsman´s Office; the retirement pension for the Armed Forces and the police and the correction of the provisional word to pension funds. These issues, Kronfle said, do not alter the structure of the state.