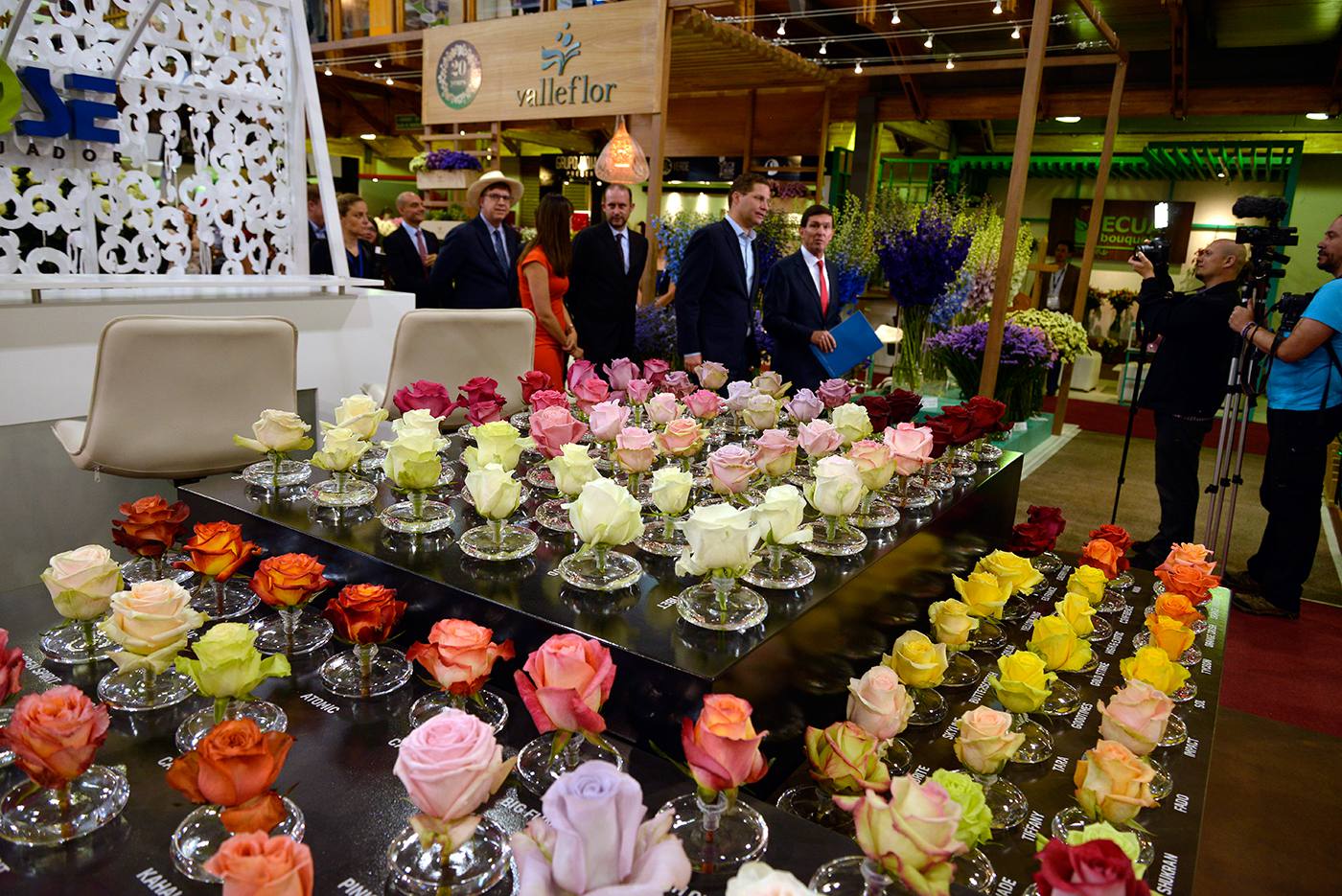 The Agriflor Fair 2016, where the quality and new creations of Ecuadorian flowers are shown, was inaugurated yesterday in the presence of 118 exhibitors, including producers, breeders (creators) and exporters in the Quito Exhibition Center.
The inauguration was attended by the US Ambassador Todd Chapman, and Mayor Mauricio Rodas, this fair was held amid falling exports and the expectation of flower growers that the signing and ratification of the multiparty trade agreement are reached with the European Union (EU).

Alejandro Martinez, CEO of Expoflores, said that if the signing takes place on November 11, the ratification could be reached by mid-December. Daniel Legarda, chairman of Fedexpor, said that Ecuador has complied with the steps to overcome the observations of the EU, such as quotas and the dismantling of safeguards in order to reach an agreement in December.