Ecuadorian products may enter Europe with 0% tariffs, once the National Assembly ratified the Inclusive Economic Association Agreement between Ecuador and the European Free Trade Association (EFTA Agreement) with 133 votes. 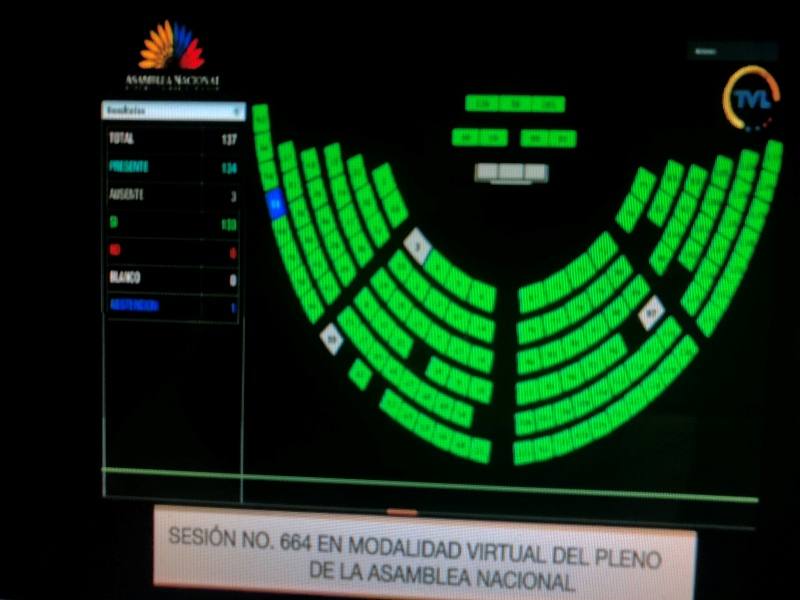 Legislator Dennis Marín (PSC), rapporteur for the report of the Sovereignty and International Relations Commission, reiterated that the EFTA Agreement, as well as allowing Ecuadorian products to enter Europe with 0% tariffs, also facilitates the import of supplies, medicines, dyes, chemicals, vaccines and capital goods under the same tariff conditions and, with this, the Ecuadorian productive sector will grow.

On June 25, 2018, Ecuador signed the agreement, and in 2019, through an opinion of the Constitutional Court, the document was declared constitutional.

The legislator commented that the agreement will allow access to the export of more than 130 Ecuadorian products, of which 54% are food and 96% are exporting companies are MSMEs. The products that are exported from Ecuador are bananas, made from bananas, cocoa, roses, gold, fats and oils, he noted.

As part of the agreement, Ecuador will also have to deduct the product tax from the European Association.

Once the commercial processes are reactivated, after the pandemic, it is estimated that there will be an initial increase in Ecuador’s exports of 12.8%, and it is very likely that the figure will improve if quality products are marketed.

EFTA is currently made up of Switzerland, Liechtenstein, Norway and Iceland; countries with which the Ministry of Production, Foreign Trade, Investments and Fisheries has been promoting the ratification of the Agreement. Liechtenstein was the last EFTA country to deposit its instrument of ratification on March 3, so the approval of the report by the National Assembly will allow it to enter into force with each of the countries in this trade bloc.

According to the Ministry of Production, it is estimated that the EFTA Agreement will be in force at the beginning of next August, due to the term established by this commercial instrument for its entry into force.

Comptroller audits contracts made in the framework of the health emergency