“Ecuafútbol” and “Full Play” have operated since 1998 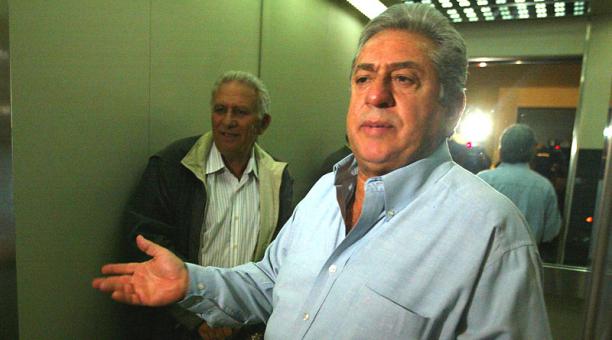 The declarations in the FIFAGate case will be reopened on Monday, in Brooklyn. The last to appear as a witness was José Luis Chiriboga, son of the former president of Ecuafútbol, Luis Chiriboga Acosta. That condition prevents the son of the ex-FEF from being included in the process, as a judged part. This was explained by the criminalist Ramiro Román

“He is a witness, his duty is to deliver information, to give his testimony. He cannot be prosecuted in the case, “said the lawyer. He extended that in these cases the authorities request that the witness return the money laundered, to end his participation.

According to information published by the AP agency, issued in New York, Chiriboga has already returned an apartment in Florida, which he bought to launder money from bribes. This property was valued at USD 400,000.

Chiriboga, who works as a soccer player agent, confessed that he laundered $ 2.8 million for his father. “It was my father who asked me. I could not say no, “he excused himself in court.

In his statement, he acknowledged that he lied in June of last year, when he was intercepted by federal agents from the United States, who consulted him about the bribes that Full Play gave to the South American federations.

The firm Full Play, one of the companies that are accused of paying bribes to soccer executives, is owned by Hugo and Mariano Jinkis.

Full Play had a relationship with the Ecuadorian  Soccer Federation, since July 1998, when it acquired the Tri TV rights for the qualifiers and friendly matches, a link that ended this year. The contract for Korea-Japan 2002 was USD 9.2 million, but in Germany 2006 and South Africa 2010 they did not exceed USD 5 million per edition.

The Jinkis were close to Luis Chiriboga. In 2015, Rodrigo Paz, lifetime president of LDU, said that Hugo, father of Mariano, was present at the marriage of the ex-director’s daughter.

The Jinkis formed a company in the country called Sportv, on January 17, 2005. This was later registered in the Superintendence of Companies with the economic activity of representation, business management and television productions. And the offices worked in the “Multicentro”, in Quito, in that year. Currently, the legal representation is in the name of Dolores Noboa.

The defense lawyer of former president of the FEF, Juan Carlos Machuca, plans to explain next week the legal situation. He will do so after finding out more details of the case being investigated in the United States.

Machuca insists that they are different cases. “I only know what the media have published,” he said. The testimony of Santiago Peña, a former Full Play official, linked the Chiriboga, father and son, to the FIFAGate investigation. (I)

Copy of the Andean designs abroad are being denounced