Egypt has a New Prime Minister 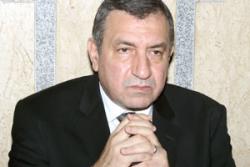 The military leaders that govern Egypt after the victory of the revolution accepted the resignation of the Prime Minister Ahmed Shafiq, now Essam Sharaf, 59, a University professor and former transport director occupies this charge. The Muslim Brotherhood and other social groups demanded the resignation of Shafiq and its government, since Mubarak men handle the key budget.

Essam was minister from 2004 to 2006; afterwards he went back to teaching in the University of Cairo. Mubarak abandoned Cairo in February 11; now the strong man of Egypt is the 75-year-old Mohammed Tantaui, who has been the Defense minister for several decades.

Recently a judicial commission reformed the Constitution to facilitate the plurality of candidatures. The next step is to summon of a referendum to approve any legislative changes.

Egyptian Referendum Could Change the Constitution