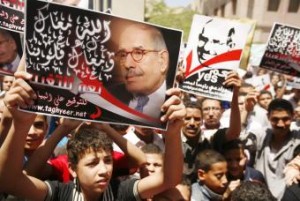 Today the Armed Forces of Egypt asked the protesters to cease the riots that began nine days ago with the purpose of ending the regime of Hosni Mubarak. The calling from the Armed Forces was made the day after Mubarak announced that he would not postulate for the September elections; however he will complete his presidential period.

Thousand of civilians retook the Tahrir Square of Cairo, the opposition summoned more protests and said that they will only negotiate with Vice president Omar Suleiman once Mubarak resigns. Through Suleiman the president informed the people that they would discuss all the issues on “Farewell Friday.” The march will start from all the governorates of Egypt until they reach the Tahrir Square. The opposition is being lead by Mohamed El Baradei from the Muslim Brotherhood; the coalition includes the National Association for Change.

The Internet services were partially reestablished today in Egypt after five days of interruption. This morning the AFP journalists had access to Internet. Egypt has 23 million of Internet users of the 80 million habitants of the country.