“(I) feel proud, inspired as a woman to continue fighting for life. What I do, that fight, is for the life of all human beings who live on the planet ”, says to EL UNIVERSO Nemonte Nenquimo, by voice audios, the Waorani leader who is among the 100 most influential people in the world in the Annual list published by the American magazine Time and whose payroll was known on the night of Tuesday 22. 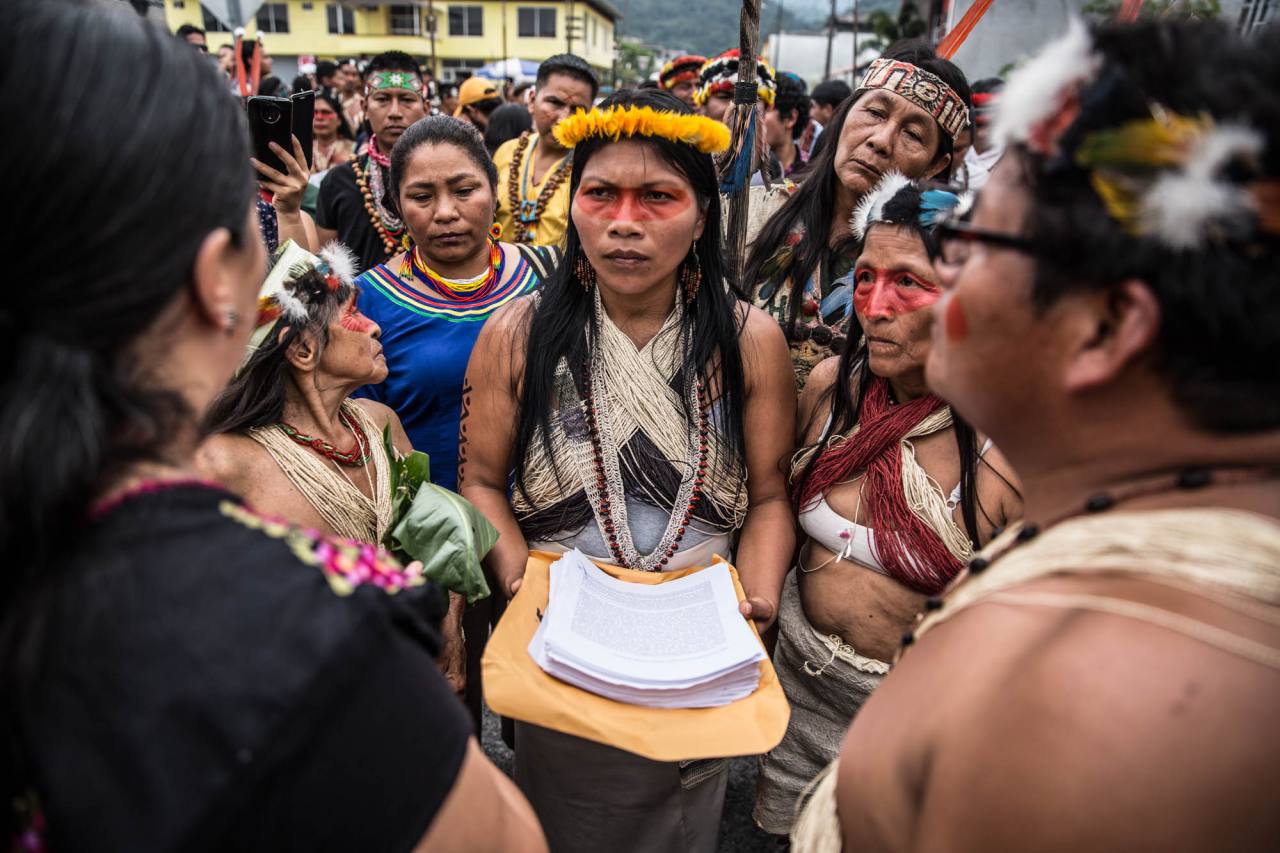 Her defense for the Ecuadorian jungle and for the rights of indigenous peoples led her to be on this podium.

“This fight is not only of the Waorani people, but of all the Amazonians, indigenous people, who have always given our lives to defend our territory and for the planet. And that (recognition) gives a lot of strength, a lot of encouragement to continue working with indigenous women, we want to build (a world) better for the lives of our future generations ”.

Nemonte Nenquimo is currently the president of the Waorani Nationality Coordination Council of Pastaza (Conconawep) and the co-founder of the indigenous organization Aliance Ceibo , the first Amazonian coalition of the Siona, Secoya, Kofan and Waorani peoples, who fight to face common threats. that they have in their territories (such as mining, oil extraction, the invasion of settlers, and others) and to revive and maintain their ancestral cultures, the bases of their indigenous identities, they say.

He is 35 years old and his struggle became visible internationally when his face and name appeared in the reports, photographs and in the specials that Mitch Anderson, a Romanian film director, producer, writer, researcher did and published, and continues to do. American and founder of Amazon Frontlines, an organization that supports the causes and rights of Amazonian indigenous peoples.

He has lived in the Ecuadorian Amazon since 2011. Nenquimo met him when Anderson was promoting a clean water project for indigenous people affected by oil in the region. She joined that cause and later became the project coordinator and led the installation of rainwater harvesting systems in Waorani communities.

At the national and international level, Nenquimo is recognized for leading and carrying out lawsuits against the Ecuadorian state to stop oil exploitation, one of these in 2019, in Pastaza. And there are many more. The most recent was to organize actions, last May, to help indigenous communities face the COVID-19 pandemic. There she also presented legal actions that helped protect the communities.

“And (I want) to tell and demand that the government, the governments, the national government and the international governments respect themselves, that enough of oil extraction is enough, that there is no more mining, that there are no more invaders of settlers in our territory . We as a people are asking that enough is enough, we want it to be respected, that they no longer enter to continue invading. We want to be heard, we want to be respected. Enough is enough, we want to continue living well in our nature, in our territory. Our jungle is our home , we give our lives for everyone ”, says the leader.

And it doesn’t stop. Their struggles, he claims, will continue. “ If we talk a lot about climate change , they are already aware, (they) have to get to work , to think about the future and the generations; if they do not continue to extract, they continue mistreating the land… Enough lighting fires in the Amazon jungle ” , he explains.

International actor and also environmental activist Leonardo DiCaprio wrote a review on Nenquimo for Time magazine . “ I remember he once told me that he would not give up. That he was going to keep fighting. That she would continue to defend the forest that she loves from the industries and oil companies that would devour it… She has kept her word and continues to be a voice and defender of her community. The Nemonte cause is our entire cause, ”he wrote.

This recognition is also celebrated by various Amazonian groups, who expressed their joys and satisfactions on Wednesday.

For them it is an incentive, a light of hope in the midst of what they live, they maintain. (I)