Enrique Tabara is exhibited in Barcelona with great success

Around 50 works by the deceased Ecuadorian cartoonist and painter, Enrique Tábara, are exhibited at the Terrassa Cultural Factory museum, in Barcelona, ​​until March 20, reported the Consulate General of Ecuador, in that Spanish city. 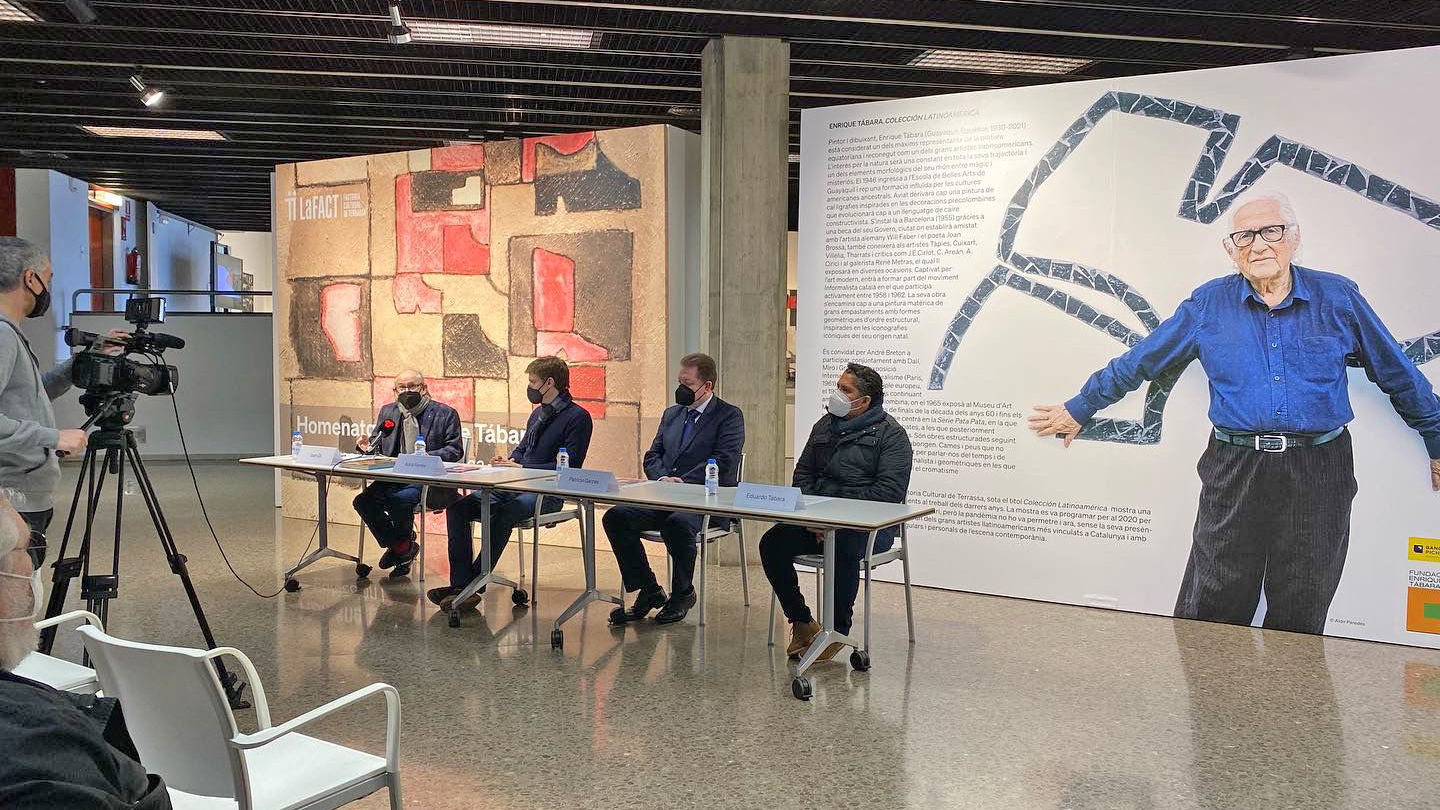 The exhibition called ‘Latin American Collection’ was inaugurated last Tuesday and coincided with the first anniversary of the artist’s death. His children, Carla and Eduardo, participated in it, along with Adrià Fornés, director of the Factory, Patricio Cortés, consul of Ecuador in Barcelona, ​​Laura Cost, director of Foreign Relations of the Generalitat of Catalonia and Joan Gil, curator of the exhibition and friend of Tábara.

The exhibition encompasses the last 15 years of his cultural career, from 2006 to 2021. For his arrival in the Catalan capital, he had the support of the Ministry of Culture and Heritage and the Ministry of Foreign Affairs and Human Mobility.

In the creative process, Tábara marked her work with the inclusion of her research on the art and symbology of pre-Columbian cultures. In addition, his artistic production was enriched during his stay in Barcelona, ​​where he continued his training process, after receiving a scholarship from the government of Ecuador, and where he connected with Catalan artists such as Joan Miró, Joan Brossa and Antoni Tàpies, among others.

Lasso: “We do not plan to take more financing from China or any other international organization”