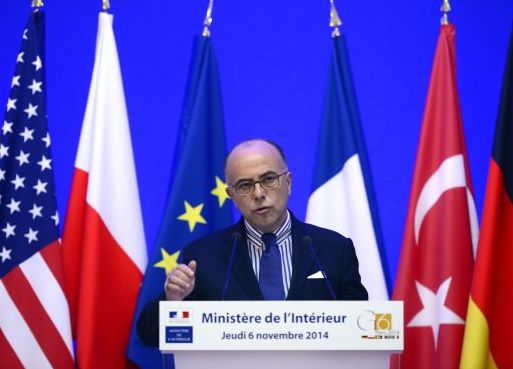 The French Interior Minister, Bernard Cazeneuve, during a press conference after the meeting of the G6 in Paris. / MIGUEL MEDINA (AFP)

Interior ministers of France, Germany, Italy, UK, Poland and Spain plans to strengthen immigration controls for potential jihadist fighters circulating on the borders of these countries.

The draft security treated in Paris on Thursday by the six major European countries is known as PNR (English acronym of the harvesting device of passenger data).

This system, blocked by the European Parliament, allows governments to control all European traveler who has been in Iraq and Syria and intends to move freely in the zone borderless of Schengen area.

“We want to relaunch the European PNR, combined with data protection for provide the device with an acceptable balance by the European Parliament,” said French Interior Minister Bernard Cazeneuve during the meeting in Paris.

As explained by Cazeneuve and Spanish Minister Jorge Fernandez Diaz would be established more effective controls at the external borders of the Schengen area and exchange of almost automatic data to help track all the movements of a radicalized European who has traveled to countries affected by jihadism.