Banana trees , even those that have this crop associated with others, face a catastrophe. 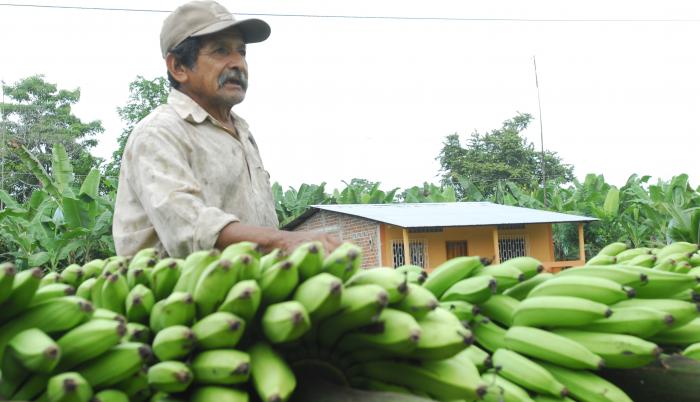 Ney Chávez, who sold a lot at a good price two years ago, this 2020 did what many of his area do: leave the bunch on the ground, without harvesting, that is left as fertilizer in his farm located in the La Porfía enclosure, in Jujan .

He, like those of Simón Bolívar, Chilintomo, Babahoyo or Vinces, prefers to leave the banana there. He refuses to receive $ 0.75 per cluster and up to 1.25 for three offered by marketers. Others give them away.

This is the situation of many of the banana plantations that own some 130,000 hectares and that today, due to excess production, receive very low prices, even those that they sell to exporters.

We decided to cut the clusters, bring them to the farm so that they remain as fertilizer.

The crisis has led to the formation of a work table between producers, Ministry of Agriculture , exporters, commercial houses, Agrocality, academy and guilds such as former students of the Zamorano and Earth schools.

There are two markets for bananas, external and internal, but the proliferation of marketers means that even without quality control and traceability, a lot of fruit is exported.

“We are working in a union with experienced and technical people to be able to make a training school and reach the certifications required by the international market,” said María Auxiliadora Rodríguez , president of the Banana Producers Association ( Asoexpla ).

Beyond the report of the existence of 130,000 hectares cultivated, there are no statistics of the sector, these data are not reported, as is done with bananas, where to export you must be registered and comply with some production and post-harvest protocols.

60% of the banana that is exported goes to the American market, but the southern cone has opened, Chile is becoming stronger. In Europe, Spain, France, Belgium, Holland and England stand out.

Nothing is known about the domestic market, but because of the coffee shops whose main dishes are bolones, patacón, casserole or tigrillo , it is presumed that there is a high consumption.

“THE LAW DRAGS US TO THIS . “ Asoexpla says that to export it is necessary not only to pack with adequate facilities, but to know the origin of the plants that are sown, how they were planted, if they have irrigation, if they are fertilized, if they put covers on the clusters and ribbons to know the ages

The official support price of the export banana box is $ 7.31, but “now it is paid low, pitifully; we are trying to reach the producers so that they have a greater benefit ”, says the president of Asoexpla, María Auxiliadora Rodríguez.

What the small Ecuadorian producer does is deliver the fruit to the marketer, because it is easier for him; “He doesn’t present invoices because he doesn’t have them.”

“Unfortunately we are with a Banana Law because we are musaceae (banana family, banana, abaca); they dragged us there and we shouldn’t be there because it is such an informal sector that the ministry does not have it registered, he says.