Extradition of Huaorani blood will be difficult according to Correa 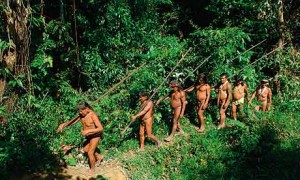 The president of Ecuador, Rafael Correa, said on Friday that his country has found no basis in the United States that allow filing a complaint to the court for the case of blood samples taken without consent from indigenous Amazonian.

On the scene were involved the Maxus oil company, the Scientific Institute Corriell and the School of Medicine of Harvard University, all in the United States.

“There is no federal law in the United States that provides a legal basis for the claim in court against Coriell, Maxus or researchers from Harvard” said the president. He added that “the law even protect copyright, but does not protect individuals if their blood is taken without their consent.”

Correa referred to the “blood samples of our Huaorani nation (from Amazon region), a few years ago without their consent which have served for scientific research”.

“It will be very difficult actions”, said the president, referring to the possibility of filing lawsuits in the U.S. over the case, and announced: “We will start the fight, it will be difficult”. (AFP)