FARC would have committed “widespread abuses” in Tumaco according to HRW 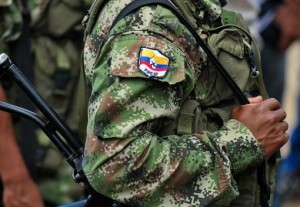 The organization Human Rights Watch reported today that the Revolutionary Armed Forces of Colombia (FARC) are committing “widespread abuses” with “impunity” in the Colombian town of Tumaco, where the population is mostly afrodescendent.

“As the FARC discusses peace in Havana with the Colombian government, in Tumaco its members have been brutalizing some of the most vulnerable communities in Colombia,”  the organization reported in a document.

The Americas director at Human Rights Watch, José Miguel Vivanco, reported that FARC forces residents of Tumaco, “who are forced to keep silent as the guerrillas plant their fields with landmines, drive them from their homes, and kill their neighbors and loved ones with impunity.”

The organization visited Tumaco in May and June and interviewed nearly a hundred victims of abuse, their families, community leaders and local officials of the municipality of 200,000 inhabitants.