Fernando Balda: It has been shown that orders were issued from the Executive 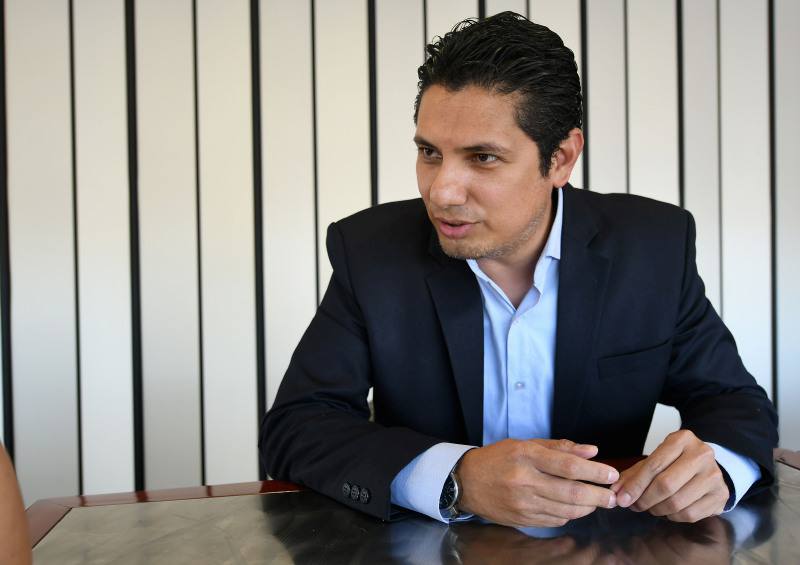 The activist Fernando Balda expects the link of the intellectual authors in the process that is followed by his report of alleged kidnapping, which took place in Bogotá in 2012, which means that there are five sentenced in Colombia and three agents detained in Ecuador. Ensures that there is sufficient evidence.

You filed a complaint in Ecuador in April 2013 for your kidnapping in Bogotá. Five years have passed since this and the case was reactivated this year. What do you expect from justice now?

So far, nothing had been done. Former Attorney General Galo Chiriboga kept this buried in the mud of impunity. Carlos Baca Mancheno decided to reopen the case on January 18, at the insistence of the Colombian Prosecutor’s Office that requested international cooperation. Colombia was asked for the file and the investigation that results in that the five sentenced there were hired by three Ecuadorians who at that time were agents of the National Directorate of Intelligence (Luis Ch., Jéssica F. and Jorge E.), they were arrested. Luis Ch. Took effective cooperation and has delivered recordings, including one that has already come to light, where he talks with former national intelligence secretary Pablo Romero, who tells him that things have been given by order of former President Correa. Luis Ch. Delivered the recording to the Prosecutor’s Office.

So, do you want to link the case to former President Rafael Correa?

There is evidence that leads to the president’s office as intellectual authorship. Votes ordered by María Luisa Donoso, secretary of Rafael Correa, assigned to four intelligence members: Rommy Vallejo, Wilson Narváez, Paulina Almeida and Paco Silva, who travel together with Luis Ch. On the same day that operations began to organize my kidnapping ( May 2012), Who is the only person who orders the president’s secretary ?, I believe, the president. That is the chain of command; the other, the Ministry of the Interior, which was the head of the Police. When the former commander, today imprisoned, Fausto Tamayo surrendered his version, he implicated former minister José Serrano, former intelligence secretary Pablo Romero as connoisseurs of the kidnapping. In addition, there is the version offered by Diego Vallejo, ex-adviser of Serrano, who points out that the orders were given by former President Correa and that those who executed those orders were Serrano and Rommy Vallejo and other tests more … payment orders, travels…

Until July 18 you can link to someone else. Why do you think that up to now you are not linked to these ex authorities if there is evidence that you mention?

The Office of the Prosecutor is following a methodology, we must demonstrate the scales of command: the file of Colombia, the three private police officers, the middle managers Tamayo and Romero. Now we go with those who were on them, who are the great authors … I am one hundred percent sure that the Attorney General’s Office, in the next few days, will call a new hearing in which former president Correa, the president, will have to be linked. Former Minister Serrano, the other great authors.

You are consulting through social networks with Ricardo Patiño, former minister of Rafael Correa, if  he t to jail 4 to meet with Luis Ch. What is it based on?

I know because the former authority called to tell this to his lawyer and his lawyer told my lawyer, so I know firsthand what happened. Patiño registered under the pretext of going to visit former Vice President Jorge Glas, but it turns out that this visit was intended to contact him. We know that, at that meeting, Patiño begged him to please, try to get Rafael Correa out of this problem, not to mention his name in the process, but the former authority said he could not back out, because he welcomed effective cooperation. (Patiño has not responded to Balda, nor the cell phone calls made by this newspaper yesterday). (I)