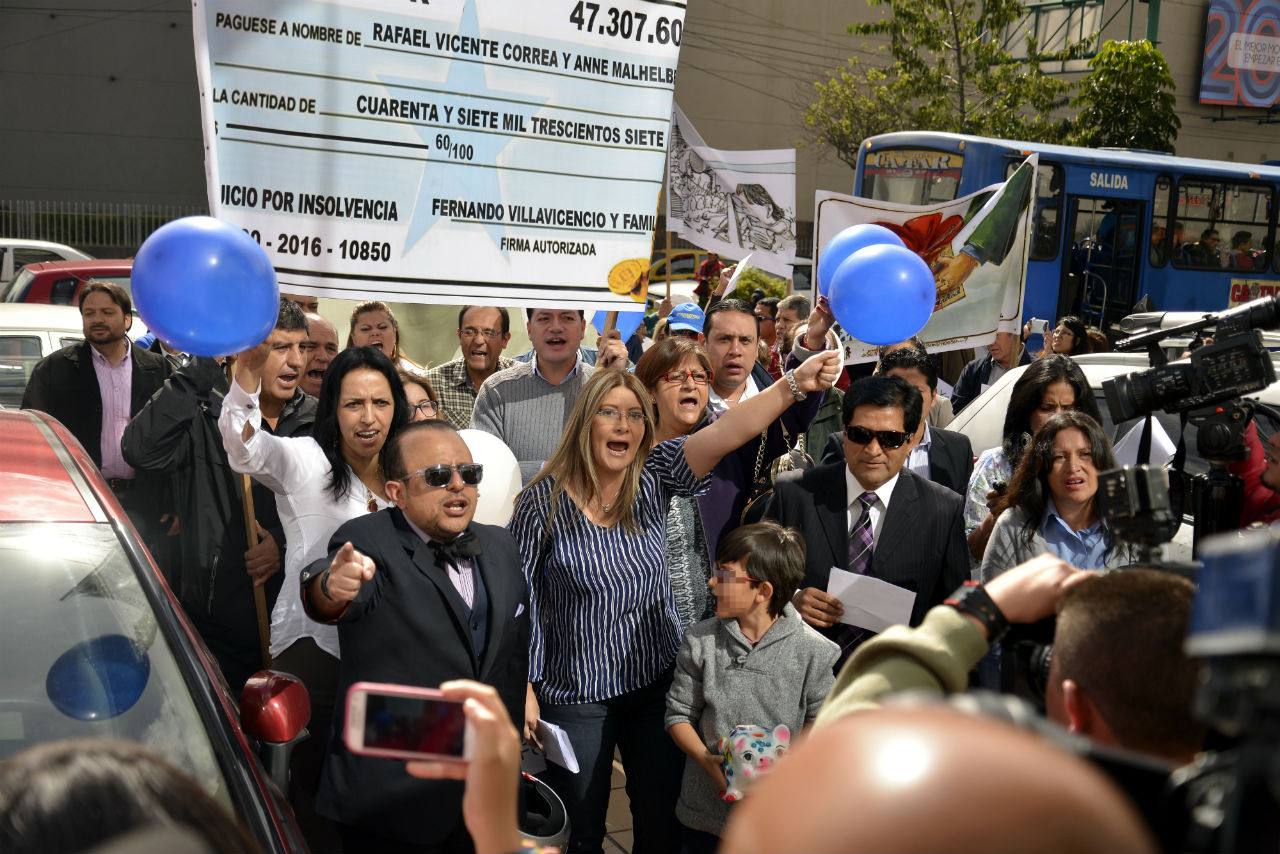 To lift all the precautionary measures against political activist Fernando Villavicencio, who was found guilty in the trial for insults and insolvency, his wife Veronica Sarauz arrived at the Civil Judicial Unit, located in the north of Quito, to deliver the certificate of the legal deposit for $ 44,301.60.
This amount is the third part of the total compensation of $ 141,000 that the court ordered Villavicencio, former Assemblyman Clever Jimenez, and Carlos Figueroa to pay in March 2015 for the alleged crime of insults they would have committed against President Rafael Correa.
Sarauz was accompanied by her three children, her lawyers, friends, and family in a march that for several minutes interrupted the transit through the Amazonas Avenue, in the north of the capital.

According to the activist’s wife, who is in hiding after an order of capture in force for another legal process, the money that was given as compensation to President Correa had been obtained through loans and donations. For Sarauz, the heritage and future of her children has been seriously compromised.