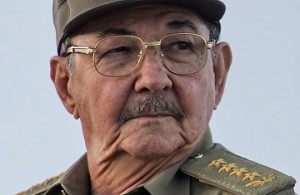 Former Cuban president Fidel Castro resigned to the direction of the Cuban Communist Party (PCC), where he will not perform any charge. “Raul knew that I would not accept any charge in the Party,” affirmed Castro, 84. Fidel was the first secretary of the party since its foundation in 1965; in 2006 he gave the leadership to his brother Raul because of his health issues.

Castro suggested to his brother not to exclude from the list of Candidates of the Central Committee, some colleagues that for health reasons could not give their services to the Party. The Central Committee of PCC gathered today to perform their first meeting to elect their political bureau and their secretaries. During the meeting, Raul Castro was name first secretary Cuba’s Communist Party on Tuesday, followed by Jose Ramon Machado Ventura, an 80-year-old longtime confidant would be number two, finally Ramiro Valdes, the 78-year-old vice president was named the number 3. Meanwhile several youngsters were also added to the 15-member leadership group in lesser positions.

Fidel Castro made a surprise appearance at the gathering and was received by loud applause from the 1,000 delegates assembled in the convention center in the capital, Havana.

UN on Emergency Meeting about the Middle East