Five big ones are aimed at dredging 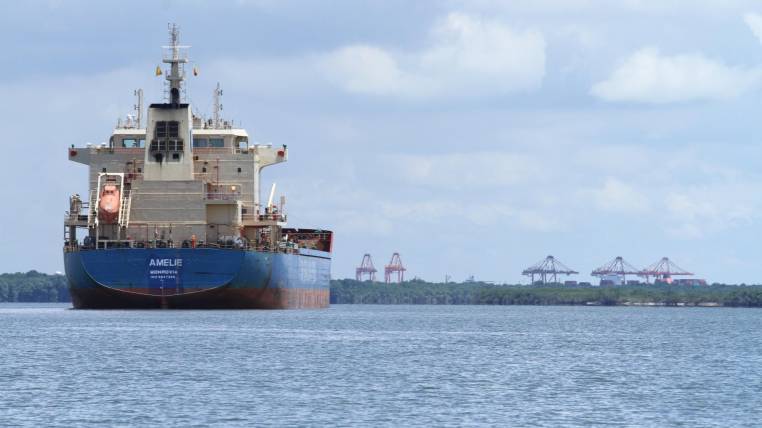 The Municipality of Guayaquil yesterday received the interest of five world-class companies to dredge the sea avenue up to 11.5 meters at low tide (2 meters more when it rises).

The Municipality, after obtaining the approval of the Government of Lenin Moreno, called for a contest through the scheme of Public Private Partnership. The offers will be qualified from tomorrow, but the Cabildo believes that by the quality of the bidders they will adjust to the requirements.

Diario EXPRESO learned that the Dutch Dredging, Environmental and Marine Engineering (DEME) joined China Harbor Engineering Company Ltd. That is, they submitted an offer together to dredge, maintain and operate the 90 kilometer access channel, to public terminals and private of Guayaquil.

Van Oord, Marine Ingenuity, is another of the bidders. Dredging is one of the main activities, but it has “global ambitions”.

Another is Jan de Nul Group, who has done complementary studies in the canal area, on their own, with national experts, to support their best offer. It has its financial headquarters in Luxembourg. Dredging accounts for 85% of billing. It has been active during the process of questions to the commission of the dredging that are protected by the Municipality of the city.

Royal Boskalis Westminster, is the Belgian global company, leader in maritime services that operates in dredging and dry infrastructure, which presented its offer yesterday. It has representation in Ecuador.

The mayor of Guayaquil, Jaime Nebot, aims to finalize the process until September of this year. (I)