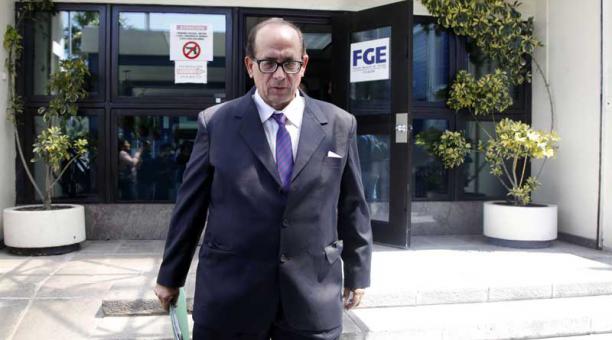 The resignation of Jorge Glas from the Office of the Vice President of the Republic will speed up his criminal prosecution in other crimes announced by the Attorney General’s Office.

This occurs because not exercising the functions of vice president will not require the authorization of the National Assembly to prosecute him criminally. This is established in clause 10 of article 120 of the current Constitution. The regulations indicate that the legislature must approve criminal prosecution only of the President or the Vice President. But Jorge Glas was dismissed from his position on January 3. Since then, the Office of the Prosecutor has a free way to file charges against Glas.

That did not happen with his first trial for conspiracy. At that time, the entity had to wait for more than two thirds of the legislators to approve the criminal prosecution of the former vice-president. The current member of the Legislative Administration Council (CAL), Fernando Torres, yesterday analyzed the panorama of the former president.

For the legislator, the Constitution is clear, but explains that the National Court jurisdiction continues to maintain it. That is, criminal proceedings will be handled through the highest authority of the Attorney General. Currently, the entity investigates crimes against eight defendants in the case of unlawful association. In that list are illicit as bribery, concussion, influence peddling, embezzlement, organized crime, and money laundering. Franco Loor, lawyer of the former vice president did not speak yesterday on this subject. The jurist said that today he will speak at the Ombudsman’s Office. (I)