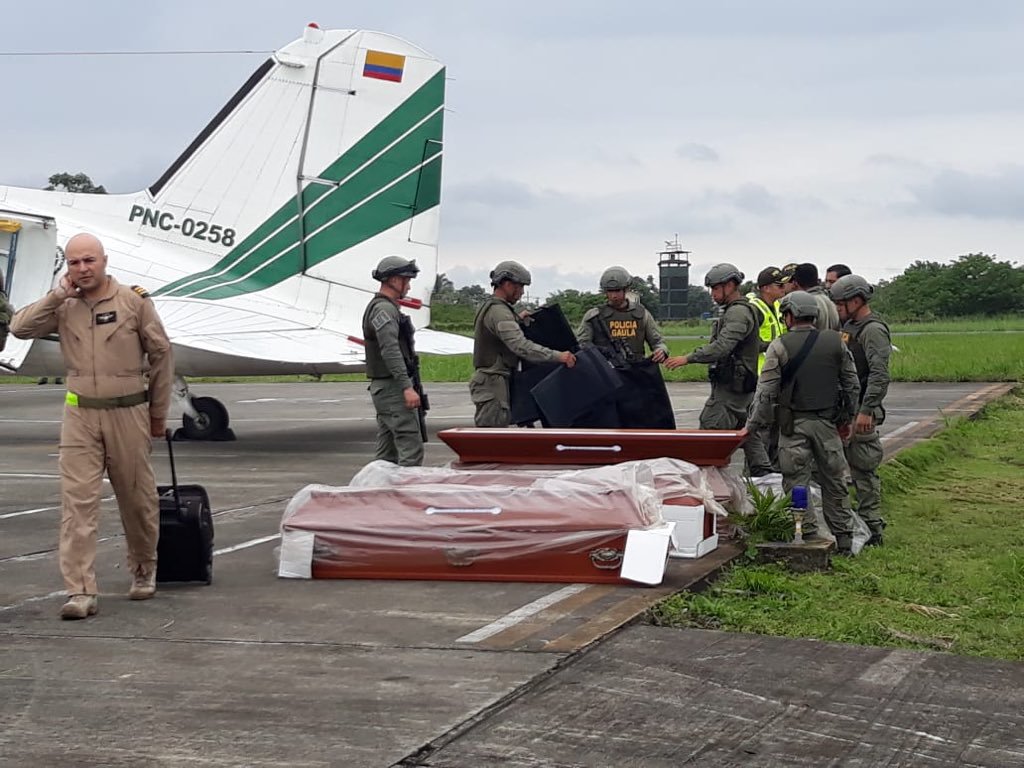 After a weekend of anguished wait, filtering of information and denials, the Colombian Prosecutor’s Office confirmed on Monday that the bodies found in graves in the Tumaco area belong to the three members of the El Comercio team that was killed by dissidents of the FARC.

The forensic tests carried out in Legal Medicine of Cali confirmed that they are the journalist Javier Ortega, the photographer Paúl Rivas and the driver Efraín Segarra. The fourth body found was from a cousin of alias Guacho, accused of murdering journalists.

Once the skills were completed, Colombia handed over the bodies to the relatives who traveled to Cali and are expected to be repatriated to Quito on an FAE plane tomorrow. That is, the remains found would reach 93 days after the kidnapping.

Upon assuming the confirmation, the relatives remarked the request of “not forgetting, not impunity, not repetition”.

Colombian prosecutor Néstor Humberto Martínez, who made the announcement outside Legal Medicine, said that based on that scientific determination, the investigation will continue.

The three bodies were found by Colombian police in pits surrounded by explosives. And the coordinates were given by a detainee belonging to the dissident group of alias Guacho.

They fulfilled a journalistic task when they were kidnapped in the zone of Mataje, in Esmeraldas.

The legal representative of the three families, the Ecuadorian lawyer Javier Andrade, said that they take the word to the commitment that the Prosecutor’s Office has made regarding the access to the file, the information of all the investigations carried out and, above all, a direct communication of the entire investigation.

On a personal note and on behalf of the Government, Foreign Minister José Valencia expressed his condolences on Monday against the confirmation that three of the bodies found correspond to the press team.

On the ground floor of the Ministry of Foreign Affairs and at a press conference, Valencia informed that the plane for the transfer is expected to depart from Cali -where the verifications have been carried out- at 08:30 and arrive in Quito at around 10: 00 tomorrow.

The consuls of Ipiales and Bogotá are at the forefront of the procedures.

The foreign minister insisted on the terms of the letter of protest sent to the Colombian Foreign Ministry for the treatment of the information in this case, since the relatives of the victims had learned through social networks and not through official channels, as had been the commitment of the two governments.

“It is one thing to be informed privately, through a call, that there is a possibility (that the bodies have been identified) and another thing is to confirm it through social networks.” The note went to “that social networks not a channel, out of respect and to follow protocols to inform family members”,

He explained that in recent days the families were informed of the process of recognizing the remains. (I)