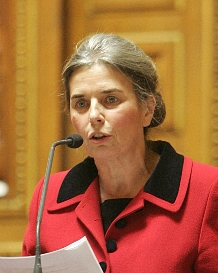 The French Senate had foreseen the discussion of the right to die and the regulation of the euthanasia. However, just a few hours before the meeting started a senator of the Popular Movement Union (UMP) a member of Nicolas Sarkozy Party along with a senator from the RDSE party introduced an amendment approved by the Commission of Social Affairs.

The new document supersedes the document that established that any patient on a terminal illness stage that causes him physical and mental pain could seek medical help to end his suffering. Senator Marie-Therese Hermange from the UMP party was in favor of removing such article.

This is not the first time that the French parliament tries to regulate this matter. According to the latest investigations 94% of the population is in favor of euthanasia. Meanwhile the Prime Minister, François Fillon expressed through Le Monde newspaper his thoughts on this matter, saying that the document exposed seems rash and improvised, and it does not offers any specific guarantees.

The Leonetti bill that was approved in 2005 governs the care of terminal patients in France. This law prohibits therapeutic obstinacy, and authorizes the cease of treatment when the patient requires it, while permitting the request of sedatives for the pain even if this can cause death.