From Physical to Digital: the Main Trend in Newspapers Today 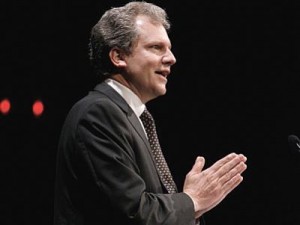 “We Will Stop Printing The New York Times Sometime In The Future”, Arthur Sulzberger Jr., publisher of the New York Times made the remarkable statement in the  WAN-IFRA’s 9th International Newsroom Summit Conference in London on Wednesday. The session in which Sulzberger made the announcement aimed to explain how the NYT would get their readers to pay for online content, introducing an innovative payment method called “metered paywall” on their website, on the first months of 2011.

“The new approach, […] will offer users free access to a set number of articles per month and then charge users once they exceed that number. This will enable NYTimes.com to create a second revenue stream and preserve its robust advertising business. It will also provide the necessary flexibility to keep an appropriate ratio between free and paid content and stay connected to a search-driven Web.” the Press Release states.

And is nothing new that the NYT is restructuring their business model because of how their readers use their product, since its two main national competitors, USA Today and The Wall Street Journal, have recently announced similar approaches.

As of 2007, The Wall Street Journal was declared the largest paid-subscription news site on the Web, with more than 980,000 paid subscribers, that same year they launched a worldwide expansion of their website to include multiple foreign languages editions on it. With the release of the iPad worldwide, The Wall Street Journal recently made available a mobile digital version of their newspaper for the device with a price as low as $4 weekly.

The USA Today, for example, recently announced a restructuration of their newspaper, which includes the creation of a Digital Development Department and the loss of 130 jobs, in order to increase the circulation and deal with the serious setback on their income for the print version of the newspaper. The Director of the newspaper, John Hillkirk, affirms they have to go where the audience reads, and “if this includes iPads and iPhones, or any other mobile device, we have to be there with the content they want, when they want it”.

It’s only logical the main newspapers of the world are taking the approach of reaching out to users with mobile devices like iPads and iPhones, since, according to v3.co.uk, only 9 months after its release date, Apple will have sold 12.5 million iPads by the end of this year, and shipments will reach 20 million in 2011.