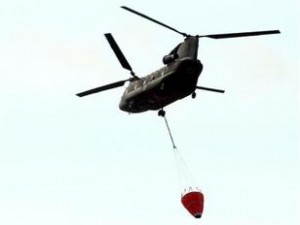 The Japanese electric company of Tepco, confirmed that the nuclear plant Fukushima Daiichi has electricity again through a external transmission line. The company informed that the first unit that will be connected is the #2, followed by the one, three and four in that order. Unit two seems to be the one less damaged after the natural disaster. After the electricity installation the Japanese authorities will begin pumping the necessary water to cool the reactors.

Earlier today, Japan had raised the threat level for nuclear fallout by 5 in the international scale of nuclear events (INES). Such qualification instilled fear since the Chernobyl incident had a number 7 level of threat. Despite the bad news, the Prime Minister, Naoto Kan, requested the aid of other nations. Meanwhile the International Atomic Energy Agency (IAEA) agreed that the situation has not degenerated for the worse.

The IAEA board of officials will meet in Vienna for a summit regarding the recent nuclear catastrophe. Meanwhile Graham Andrew, the scientific consultant from the nuclear agency of the UN, explained that the units 1,2 and 3, of the Fukushima Daiichi nuclear plant seem stables. Recently the water distribution operatives made by helicopters ended after throwing 50 tons of liquid. Tepco assured that their main priority is to reestablish the functions of the reactor #3 tank.