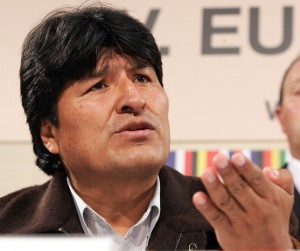 A week ago, Evo Morales government —a leftist indigenous president—, increased by 73% the price of gasoline, diesel 83%, and 99% in the jet to eliminate subsidies on these fuels, which caused millions in losses for itssmuggling to neighboring countries.

This episode earned Morales the greatest rejection in nearly five years in office, with protests that left 15 injured and many detained, and choruses like “He must go” or “Evo, people are angry,” were heard.

An hour before the New Year, Morales reversed the rise.

Analysts see the increase in fuel prices and its subsequent repeal as the first political defeat of President Evo Morales.