Glas, a victim of Montecristi 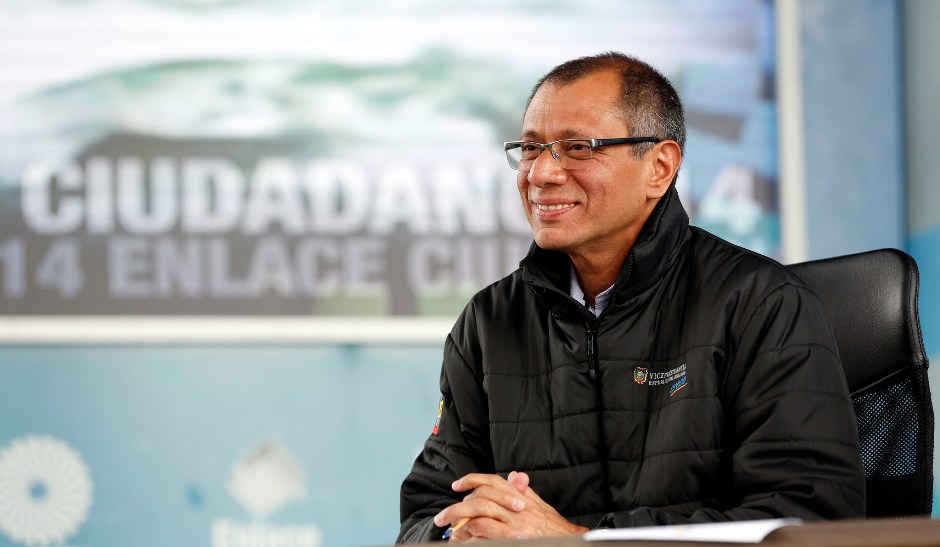 Vice President Jorge Glas has said he will fulfill his term. He has no functions and does not intend to resign, although he was linked to the Odebrecht case for an alleged illicit association. His uncle Ricardo Rivera and others are under investigation for the bribery plot of the Brazilian construction company.

This is a consequence of the constitution approved in Montecristi, Manabí, in 2008. Blasco Peñaherrera Padilla was a vice-president during the government of Leon Febres Cordero and believes that Glas’ situation is regrettable.
In his opinion, Glas “is a victim of the acts of the ruling party imposed on the Constitution like those related to his position.
Peñaherrera recalls that the vice president presided over the National Development Council (Conade), which elaborated the development plan approved by the president. That was eliminated in Montecristi.

Former Vice President Rosalia Arteaga does not consider that Glas is a victim of the Constitution of 2008.

“He has been incredibly influential in a country where he has not only been Vice President, he has been in charge of all strategic sectors,” she says.

The former president of the once Supreme Court, Gustavo Medina, points out that his involvement in the Odebrecht case does not prevent him from remaining in his charge. But he points out that the illicit association, of which Glas has been accused, is a non-autonomous crime that can lead to bribery, concussion, illicit enrichment, money laundering.
Glas has 30 days to submit evidence for acquittal. His lawyer, Eduardo Franco Loor, said that in the 30 days he would prove his innocence. (I)

Oil and mining sectors raised their proposals to the Government