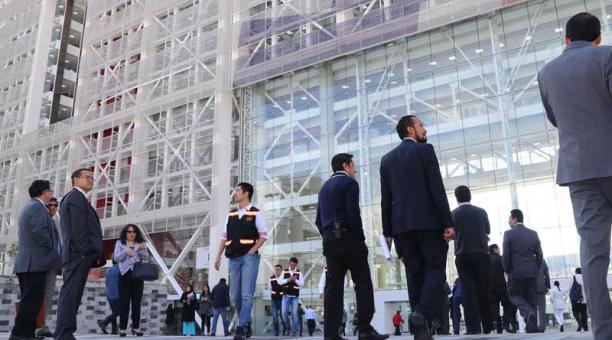 The Government has committed to lessening the deficit in the 2018 Budget by at least USD 1 billion and in this regard, the executive issued on September 1st Order 135, whose 29 measures would be oriented at achieving that goal. “The deficit of 2017 has already been reduced somewhat, and our next step is to cut USD 1 billion more. We expect to close the year with a GDP deficit of 3.5% by 2018,” said Finance Minister Carlos de la Torre.

Of all the expenses that are intended to be adjusted with the measure, those related to wages are the most significant, according to the budget execution until June of this year. Staff expenses amount to USD 9,192.5 million in the 2017 budget.

De la Torre acknowledged that payroll adjustments are not easy, as a drastic cut in public spending would cause the country’s GDP to slump.

“It is not easy when the government has a current expenditure whose 87% is paid to teachers, doctors, police officers, and militaries. They say that there is not a significant cut in public spending, but if public expenditure is cut dramatically, how many people should remain jobless? How many hospitals and schools will be closed?” (I)

Overproduction of tangerines plummets its price