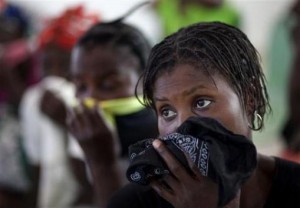 The Ministry of Public Health and Population (MSPP) of Haiti informed today that the death toll of victims from the cholera epidemic increased to 3, 927. The outbreak began on October, in January 17 a total of 38 deceased were reported. The sickness spread in ten sectors of the country that has affected 199,497 people, and only 110,031 have been healed, informed the MSPP.

The northern department of Artibonite is where the outbreak began. Several other departments like Grand Anse, to the north, and Nippes to the southeast have reports of several victims.

The disease has reached even to its neighboring country in Dominican Republic were it killed a civilian of Haitian nationality. The origin of the disease is not clear. However the UN started an investigation on this matter.