Haitians Voted for Their New President 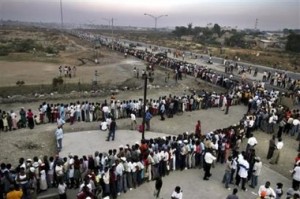 The preliminary results will be announced on March 31, while the definitive results are expected on April 16.

The President of the Provisional Electoral Council (CEP), Gaillot Dorsinvil, stated that the democracy has won and congratulated the people of Haiti. However, as a negative note, the CEP and the police of Haiti reported that two civilians perished during the incidents in the elections on the sector of Nord-Quest and Artibonite. The General Director of the Police, Mario Andresol, informed that more than 20 arrests were made and several guns were seized in all the country.

The current candidates are the former first lady Mirlande Manigat, 70; and the singer Michel Martelly, 50; one of them will assume the responsibility of rebuilding the poorest country of America that was devastated after an earthquake in January of 2010.