Harrison Ford, injured during the shooting of Star Wars VII 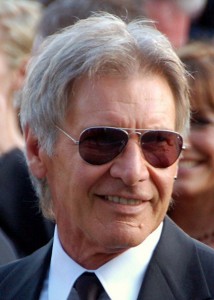 Harrison Fordwho plays Han Solo once again in the new movie of the famous Star Wars saga, had to go to the hospital urgently because of his injured ankle during th shootings

On Thursday, during the shooting of “Star Wars: Episode VII” at Pinewood Studios in London, the American actor Harrison Ford was injured in his ankle, so he had to go urgently to the hospital, as reported by Paul Roeder, Disney´s spokesman.

In this new movie of the famous saga directed by J.J. Abrams, the 71 years old actor will play the role of Han Solo again. The plot of the film, developed 30 years after “The return of the Jedi” is still a mystery. This film will involve the original cast and its release is planned for December 2015.

Young French dies after trying to comply challenge on Facebook