‘Heavy clouds’ on the Participation Council 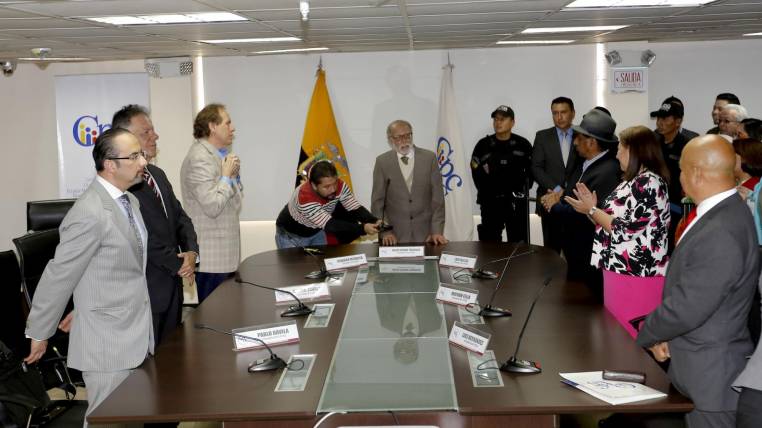 An initiative that was born in the Assembly turned on the alerts. Twenty-two legislators believe that the Constitutional Court must “interpret” the resolutions of the Council of Transitional Citizen Participation, which was born by popular consultation.

Its members were the first to reject the possible participation of the Court (which could also be evaluated by the Council). Some assembly members acknowledged that their intention may have been “misunderstood.”

The issue was to be discussed yesterday in the Assembly, but its proponent, Daniel Mendoza (PAIS), asked that it be postponed. His draft resolution against the Participation Council has the signature of support from 22 Assembly members from Correa, Moreno, CREO and independent. Although yesterday Ana Galarza and Homero Castanier backed off.

If the debate is constitutional, what do experts say in the area? The conclusion of those consulted by EXPRESO yesterday is that the policy seeks to “lock” the work of the Council.

Does an interpretation of the Court come from the resolutions of the Citizen Council? Constitutionalist and ex lawyer of the Constitutional Court Antonio Gagliardo described this intention as “impertinent”. “The Ecuadorian people gave a mandate to the Participation Council so that it can evaluate the authorities and choose the new ones transparently. There is no greater mandate than the popular mandate, “he told EXPRESO.

Gagliardo only has a repair. In his eyes, the Transitory Council would not have the capacity to evaluate the members of the Constitutional Court because they were not chosen by contest conducted by the citizen body.

For Salim Zaidán, a constitutionalist and professor at the Pontifical Catholic University of Ecuador, this is a “political rather than a legal maneuver”, in which the interests of the members of the Constitutional Court and the CNE, which are two the organisms that are expected to be evaluated.

“It seems to me that the authorities aligned with the Corrreistas want to stay in power. The Court and the CNE are two spaces where they want to maintain the power they have, “he told the media.

“In the style of those who governed for ten years, the name of third parties is used to present unconstitutional demands: former President Rafael Correa, former Comptroller Carlos Pólit … It is the attitude that the National Electoral Council would be using,” said the Constitutionalist lawyer Ismael Quintana.

According to him, in the Court has already filed, in recent days, a lawsuit against the Participation Council whose procedure has not yet been known. (I)