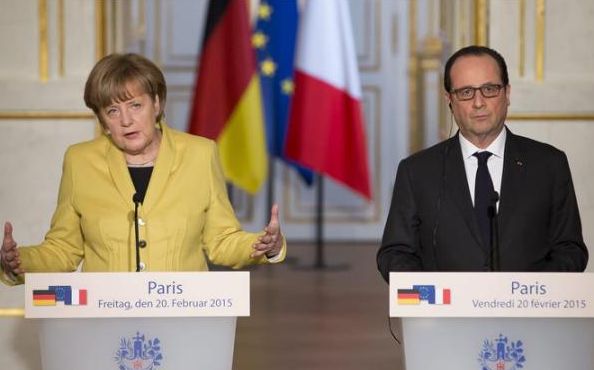 German Chancellor Angela Merkel and French President François Hollande, warned this Friday with new sanctions on Russia if the ceasefire reached in Minsk is violated by pro-Russian separatists.

“We are more convinced than ever that it must implement the agreements of Minsk,” said Hollande, adding that in the past “the ceasefire has been violated several times, but now must be fully respected, the withdrawal of heavy weapons must be respected and the release of prisoners, “he said.

“If that does not happen, there will be sanctions. But that is not our intention, we want to achieve peace,” Hollande said.

Meanwhile, Merkel reiterated that do not negotiated an entire night with Hollande, Putin and Ukrainian President Petro Poroshenko in Minsk for being needed new sanctions against Moscow. Is to find a constructive way out of the sanctions, said the Chancellor.

“We know that things are moving slow (…) But in view of the difficult situation it can not expect anything else,” Merkel said.