His path to success, which he continues to build on a daily basis, began at age 18, when he studied jazz guitar in Florida for four years. At the end of that first stage, Miami became his second home and his workspace. 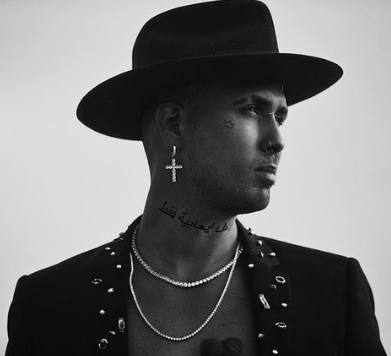 “When I started working with a producer, he recommended another, and suddenly I met the director of Thalía’s band, Jencarlos Canela, and that’s how I started working with Chino and Nacho, Maluma, Nicky Jam, Manuel Turizo, Ky -Mani Marley and it was all a process and I have been very blessed to work with a lot of talent, ”he says.

This list of collaborations that he has made internationally frame the work resume of the Ecuadorian musician and guitarist Homero Gallardo, who settled in the United States fourteen years ago to enhance his musical career, a dream that he claims continues to fulfill.

“I have had the opportunity to work with different styles such as reggaeton, trap, regué, with Bob Marley’s son; pop, rock and well right now I’m doing my project, it’s like the new Santana, because it’s an instrumental project, my voice is practically the guitar, or I also do featurings with singers and suddenly I do the production, the music, I write or invite singers to do it or I just do instrumentals ”, he explains.

Gallardo’s first international tour was made as part of the crew of actor and singer Jencarlos Canela, approximately six years ago. “That experience was incredible. When I lived in Ecuador I had a band called Madera and suddenly we did tours on the coast, with my father and my brother Miguel Gallardo, but with Jencarlos Canela it was a world tour, I went to other countries, it was the first step of to be able to be in the Latin industry in Miami ”, he shares.

Gallardo, 33, who defines himself as an independent artist, has worked with countless international stars and in 2020 he was part of the production team of the song Despeinada , by the Puerto Rican Ozuna and the Colombian Camilo, who led the top charts in U.S; with the Dominican Maffio, with the Puerto Ricans Darkiel and Pedro Capó for I Feel Good, and with the Puerto Rican Yandel on his album Who Against Me, in the song Celda .

“2020 was a year in which we did about 100 productions, because obviously nobody was on tour, so everyone was producing, looking for new music, we were very active, thank God, in 2020,” he says.

The Guayaquil native explains that his musical contribution to the proposal of the singers he works with is not governed by a single function.

In May, he reveals, he plans to present his album of which he lists a single that will be available in March. In December, however, one of his greatest achievements, he admits, was the premiere of his single God Love Ufo , which also brought him to one of the Billboard screens, in New York’s Times Square. This is in addition to being the CEO of Gallardo Entertainment & Production, working with new artists in the industry. (AND)

Six reasons why the Ecuadorian banana sector is growing