Hymn to Quito will be changed

Last Thursday, the Quito Metropolitan Council decided that the fourth stanza of the Hymn to Quito, should replace the second.

According to the official website of the Municipality of Quito, councilor Luisa Maldonado would have proposed the change, with which the fourth stanza: “When all America slept/ oh noble city, it was you/ that in new and triumphant rebellion/ was all the light of America,” will replace the previously one: “Oh Spanish city in the Andes/ Oh city that the Incas dreamed/ because you were made by Atahualpa you are big/ and also because Spain loved you.”

The councilor said that “the change does not mean to completely change the hymn but to adapt this interpretation to our city status of Light of America, since the symbols must be used according to their historic moment.”

The reactions towards the hymn change have been strongly criticized by users of the social network Twitter, who question the precisely modification in election campaign. 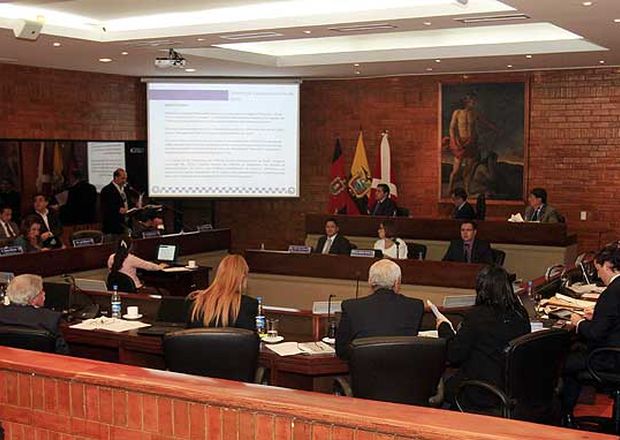 Amazon’s owner is rescued in Galapagos