IMF stresses the global expansion of the shadow banking 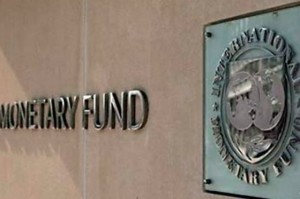 The International Monetary Fund (IMF) yesterday announced the global expansion of the so-called “shadow banking”, mainly in the United States.

The Fund noted as causes of the growth of this type of banking “the emergence of more stringent regulations and the current situation of ample liquidity” in the global economy.

The entity estimates the size of this type of banking in the USA between USD 15 and 25 billion, between 13.5 and 22.5 billion in the euro area and from 2.5 to 6 billion in Japan.

“While data limitations preclude a thorough evaluation, in the USA the parallel banking system appears to contribute more to domestic systemic risk; their contribution is much less pronounced in the euro zone and the UK,” said the Fund in its report on global financial stability.

The complete report will be presented next week in Washington during the joint annual meeting of the IMF and the World Bank.

Trade agreement between Ecuador and Peru is signed