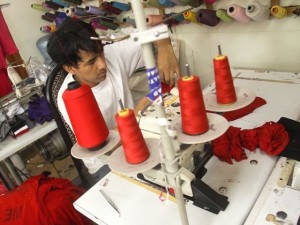 Ecuador’s Gross Domestic Product amounted to 94.472 million dollars, according to the Central Bank of Ecuador. It is expected that this year the GDP exceeds the threshold of 100 billion dollars (101.094 million).

In 2013, salaried employees received incomes equivalent to 36% of Gross Domestic Product (GDP); above what their employers received, who closed last year with a 27% stake.

According to the Central Bank of Ecuador (BCE for its Spanish acronym), in 2007, who were in a dependency relationship had earned incomes that meant 31.6% of the GDP. That leap of 4.4 percentage points in favor of employees, is “a reflection of a government policy that favors human being over capital,” says the BCE.

Seven years ago, employers, however, had 35.6% of the national economy, but 8.6 percentage points last year.

However, the group of those who work independently and are not insured or not have access to other benefits, in 2013 represented 38.2% of the economically active population and received a payment as a mixed income of 32.3% of the GDP. These results show a better performance in the period 2007 (27.6%).

In the group of unpaid workers, 80% corresponded to self-employed and the rest to family workers.

Conecel qualifies royalties as a tax for just for Claro