In Midst of World Events, Obama Will Tour Latin America 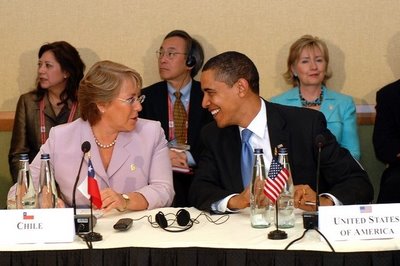 The president of the United States, Barack Obama, will tour Latin America. Brasilia is the first country to visit and then he will travel to Rio de Janeiro, Santiago de Chile and San Salvador.

Obama’s adviser for Latin America, Dan Restrepo and several officials, assured the events in the Middle East, Africa and Japan does not blur this political tour, rather believe that is vital to U.S. interests in Latin America.

Two years ago, the U.S. president met with their counterparts at the Summit of the Americas in Trinidad and Tobago, where he vowed to improve relations with the region after the misguided actions in the administration of George W. Bush.

The president will hold talks with their counterparts in the three countries about trade, energy, environmental, and public safety. Among his priorities will be boosting U.S. influence in Latin America, where actors such as China are gaining ground and seek new markets for their country.

In Brazil Obama will have a very good opportunity to start a “new relationship” with President Dilma Rousseff, after differences in the government of Lula da Silva, while in Chile will deliver a speech where he laid the foundations of the new relationship with Latin America and will highlight the country as an example of successful government. In El Salvador the issues highlighted will fight against organized crime and migration.