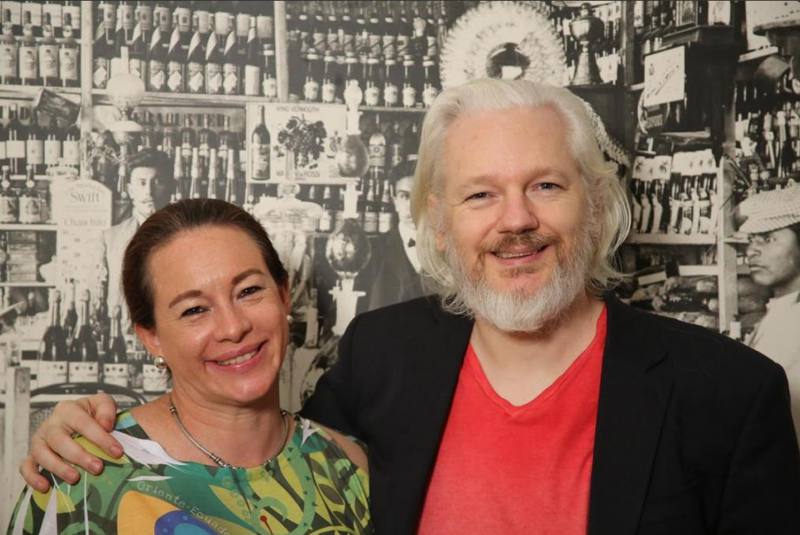 The revelation arises from an investigation carried out between the British newspaper The Guardian and the portal Focus Ecuador and details that Ecuador, which houses the Australian activist in its embassy since June 2012, hired an international security company and undercover agents to monitor their visitors, embassy staff and even the British police, according to documents reviewed by the media.

According to the documents shown by the British newspaper, the initial objective seems to have changed from protecting Julian Assange, who supported WikiLeaks in the process, to spying on the guest.

According to the British newspaper, the documents show that the intelligence program, called “Guest Operation”, which later became known as “Operation Hotel,” had an average cost of at least $ 66,000 a month for security, intelligence gathering and counterintelligence to “protect one of the world’s highest profile fugitives.”

In the run-up to the US presidential election, in 2016, its whistleblower website WikiLeaks released several batches of emails related to the Democratic Party and the Hillary Clinton campaign.

Last month, the Democratic National Committee filed a lawsuit against the Russian government, the campaign of Donald Trump and WikiLeaks, alleging a conspiracy to help change Trump’s election.

The investigation of the British and Ecuadorian media reveals that the operation had the approval of the then Ecuadorian president, Rafael Correa, and of the then chancellor, Ricardo Patiño.

They rented another apartment

The documents show that the international security company hired had to film and secretly monitor all activity in the embassy.

The company provided security 24 hours a day, 7 days a week, with two people in turn at the same time, in an apartment located in an Edwardian mansion for which they paid about $ 3,780 a month (£ 2,800), located at the Around the corner of the Ecuadorian embassy in London, in the London borough of Knightsbridge.

The media details that the security personnel recorded in detail the daily activities of Assange and his interactions with the embassy staff, his legal team and other visitors. They also documented their mood swings.

Assange’s guests had to pass through a security zone, leave their passports, which were used to create a profile that described the visit and provided the background details of all the visitors of the embassy.

Improve the image of Assange

Concerned that British authorities could use force to enter the embassy and seize Julian Assange, Ecuadorian officials devised plans to help him escape.

That included the plans to transfer Assange in a diplomatic vehicle or the appointment of him as a representative of the United Nations in Ecuador so that he could have diplomatic immunity to attend UN meetings, according to documents seen by The Guardian in August. In January, the Foreign Minister of Ecuador, María Fernanda Espinosa, confirmed that Assange received the nationality and certificate certifying him as an Ecuadorian citizen.

In addition to giving Assange asylum, the Correa government was apparently prepared to spend money on improving its image. A lawyer was asked to design a “media strategy” to commemorate the “second anniversary of his diplomatic asylum,” in a leaked email exchange in 2014 seen by The Guardian. (I)