Indigenous people are sought in Morona with the help of drones 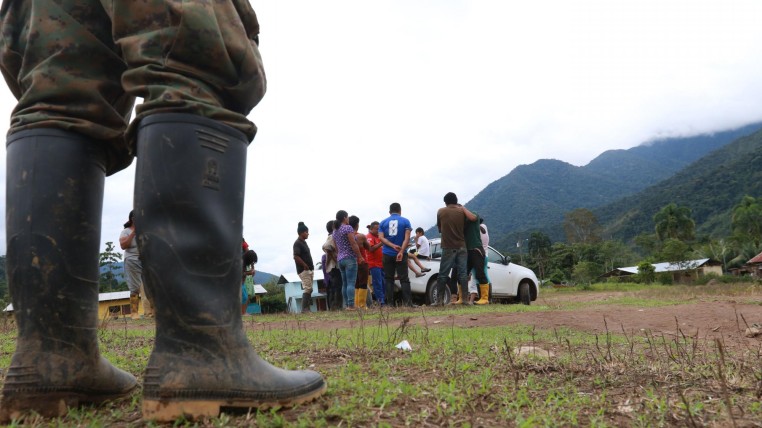 At the Shuar Tiink Center, 25 kilometers from Gualaquiza in Morona Santiago, there is fear. The repercussions of the confrontation between the villagers and the police by the mining exploitation are still felt in the area.
Three days ago a group of militaries unsuccessfully tried to enter the territory where some 300 people live. They patrol the sector in trucks, and are in charge of hunting those responsible for the murder of police officer Jose Mejia, occurred last month in a clash in Nankints.
Members of the community assert that none of the people who intervened in the incident that caused, in addition, injuries to police agents, militaries and community members in their territory. That is why they expressed their concern about the activity of the militaries.
No doubt what most worried them on Wednesday was the presence of drones that flew over the village during the day and at 10:00 p.m.
Silverio Jimpiki explained that three days ago the military failed to pass a wood and steel bridge of about 100 meters, located on the Zamora river, two km from Tiink.

The reason? The militaries found metal chains crossed in the passage. Three and even five members of the Shuar center take turns for surveillance. Celestino Chumbi, lawyer, and resident of Tiink, justifies this security. He says that after the state of emergency was into effect, people outside the community steal livestock, chickens, and objects. The men are not armed, but interrogate those who want to cross the long bridge.

Lenin Moreno mentions the possibility of an own currency

A Countdown for the Smuggling of Liquors