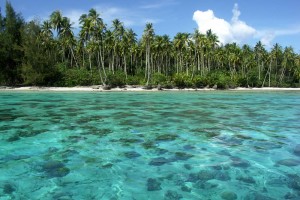 According to the INOCAR, the earthquakes in Papua New Guinea, pose no tsunami threat for the Ecuadorian coasts. (Source: bugbog.com).

On Sunday, two earthquakes of 7.7 and 5.7 degrees on the Richter scale shook the coasts of Papua New Guinea. According to the US Geological Service (USGS), the earthquakes were produced in the sea, at a depth of 65.7 and 35 kilometers respectively, in the towns of Kokopo and Taron.

After the National Center for Tsunami Warnings indicated that the quakes could produce strong waves on the Pacific coast, the Oceanographic Institute (INOCAR), through its Twitter account, said that the earthquakes, earthquakes, of which remains unknown if there have been casualties or material losses, pose no tsunami threat for Ecuador nor the Galapagos islands.