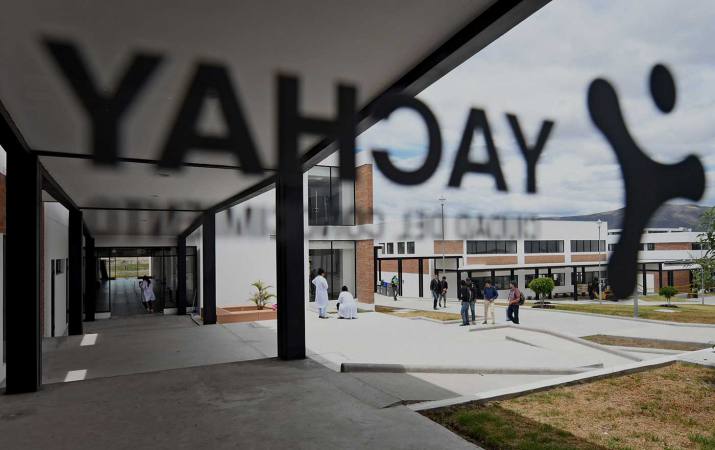 Alleged irregularities in the management of Yachay Tech University, between November 2013 and August 2017, and in the company Yachay EP (City of Knowledge), between December 2014 and August 2017, were detected by the Comptroller General, according to two special exams.

Among the findings at the University are the “undue” payment of travel expenses for residence expenses to servers of the same family by $ 20,178 and the non-liquidation of $ 10,064 of the travel expenses of the academic secretary for lack of reports, in addition, requests for extension of contract execution without legal support, with delivery of services and products after the deadline and without applying the fine of $ 13,073.

After hearing the report, the University issued a statement in which it states that the institution has initiated administrative processes to recover the wrongly disbursed values.

Regarding the travel expenses, in an interview with this newspaper, outgoing rector Carlos Castillo-Chavez said that all his trips for conferences abroad are paid from abroad and since May or soon after he decided “not to take a single cent” for “anything”.

In Yachay EP, the Comptroller General found that 968 days after the signing of the contract, the implementation of the access control pilot plan for the city’s heritage area was not executed for $ 246,280 and that the general manager authorized the execution of works and  of services without contractual processes, which generated obligations for $ 5,101, paid by agreements.

There were also overpayments for price adjustments in the construction of the Infrastructure and Urban Equipment Project for $ 954,379 and for differences in payroll volumes in the Cluster project for $ 3,352,493.

The lack of control of the inspector and the administrator of the contract caused that no fines be charged for $ 280,229. In the construction of the internal roads, the works were suspended for 824 days and the advance payment for $ 10.5 million was not recovered.

Yachay EP spent $ 128,388 in rents in Quito, when it had infrastructure in Urcuquí and did not implement the products of a consultancy for which it paid $ 82,650.

In this regard, the former general manager Hector Rodriguez said that the Comptroller has not yet determined responsibilities. On “overpayments”, he said that the responsibility lies with the external auditor and that in the contracts still in execution there would be no harm to the State. Regarding internal routes, he pointed out that there is no harm because the advance was given to a public company.

The lease was legal and technically justified and Real gave its endorsement. “However, with the desire to make scandal the persecution tries to point that out as an irregularity,” Rodriguez added. (I)