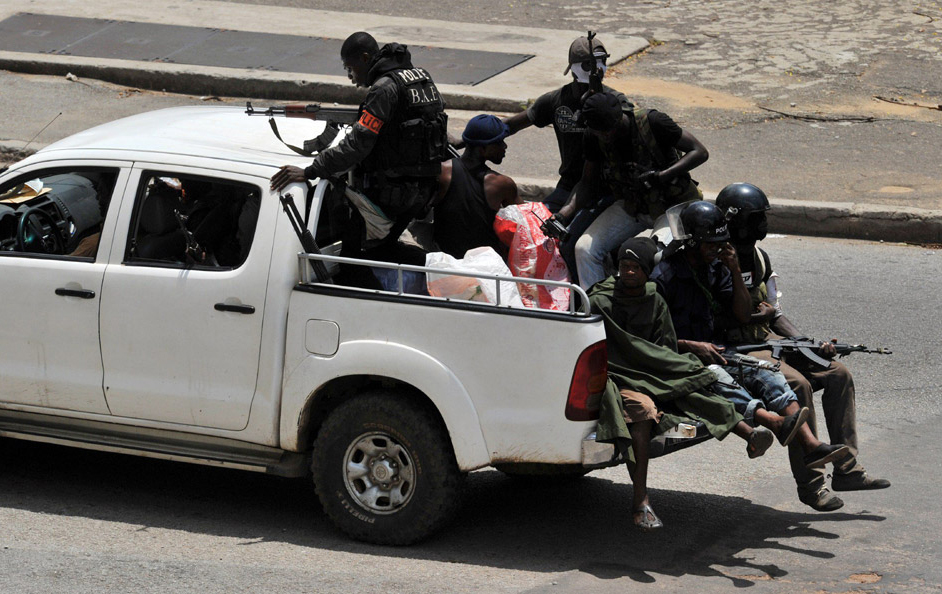 The violent clashes in the Ivory Coast of the last few days are drastically changing the political and military balance of the nation. The Republican Forces of the Ivory Coast (FREI) that favored the elected president Alassane Ouattara are now at the doorsteps of Abidjan, the oldest capital in the country with a population of 4 million. Now the soldiers that support the former president Laurent Gbagbo are attacking the gates of the presidential palace with heavy artillery.

Meanwhile 5,000 of convicts of the mayor prison in the country escaped after a shootout. The troops loyal to Ouattara guard the San Pedro port, one of the busiest cocoa trading ports. The hostilities have forced over a million of people ran away of their homes. Recently the United States Assistant Secretary, Johnie Carson, asked that they should prioritize the protection of civilians. According to Reuters, France has deployed troops in the coast of the ancient capital.

The president Ouattara stated that the peaceful resignation of former president Laurent Gbagbo was an invitation for violence. Several generals loyal to Gbagbo are gathering the troops, while the former president insisted on an immediate cease-fire. The report of the United Nations and the International Red Cross revealed that the violent clashes that began last December have left over 462 casualties.

Prices of Technology Items Could Increase Due to Japan’s Disaster

Brazil Will Manufacture Automovile Components Made of Fruit Fiber