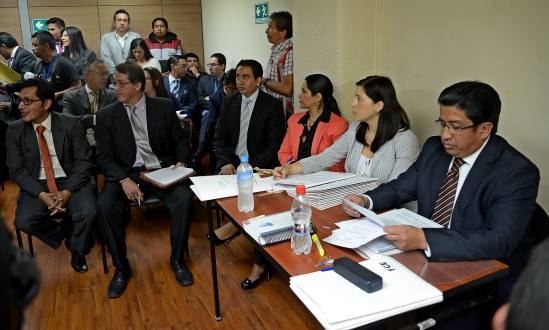 Judge Karen Matamoros ordered Monday the pretrial detention against Carlos Andres P., Yolanda P., Ramiro L. and Sonia C. because they failed to comply with the substitute measure of appearing three times a week before the judge of the case. The order was given to the A tax investigation into an alleged crime of bribery inside the public company Petroecuador.

The decision was adopted after a review hearing on measures requested by prosecutor Segundo Tibanlombo, as the Judiciary Council had informed him that these four people, including the son and sister of former Petroecuador Manager Carlos Pareja Yannuzzelli, who Is also being prosecuted for the crime of bribery, were not complying with the periodic appearances ordered by Judge Matamoros, on October 21. ,

Border traders are not satisfied with their sales