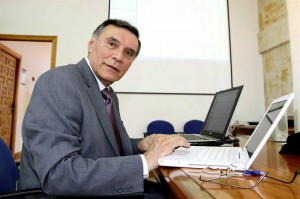 The Ecuadorian former president Jamil Mahuad yesterday appealed and requested, through his defense, to annul the sentence of twelve years in prison issued on last May by a Court, which declared the crime of embezzlement of public funds  regarding the financial crisis during his administration (1997-2000).

Patricio Vivanco, Mahuad ‘s lawyer, filed appeals before the National Court of Justice (CNJ for its Spanish acronym, Supreme Court), in a letter in which he insisted that in this case it was not allegedly followed the due process.

Ximena Vintimilla, Judge of the Criminal Division of the CNJ, condemned Mahuad, on 29 May, to twelve years in prison, although Vivanco has ensured that the regulations in force at that time of the offense, had set for the embezzlement offense a maximum penalties between four and eight years.

In addition, the Mahuad’s lawyer stated in the writing that the trial to his client proceeded without an authorization of Congress of that time.

“The defense will exhaust all legal remedies … We are in a slanted field, in which the judges and the public are against us, but we believe in the innocence of former President Mahuad”, Vivanco said.