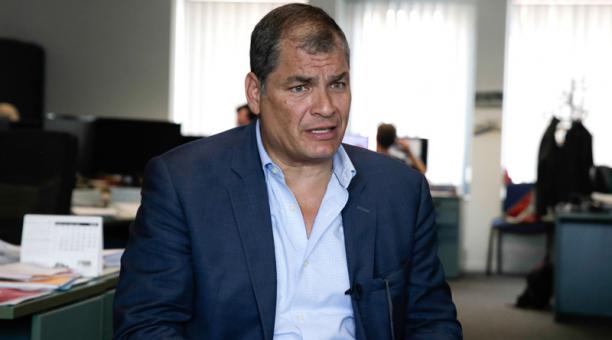 Through a telegram, the national deputy director of the Judicial Police, Henry Herrera, sent all the police units of the country the arrest warrant of former President Rafael Correa.

In the document, dated July 12, 2018, it is explained that there is an order of preventive detention against the former president for the investigation of the kidnapping of Fernando Balda.

Hence, in the telegram all units are required to impart to the agents the corresponding provisions for the capture of Correa. The document also details that the prison order was issued on July 6, 2018 by the judge of the National Court, Daniella Camacho.

Currently, the former head of state is in Belgium. For this reason, the Interpol of Ecuador has asked its Belgian counterpart to specify the detention, but so far that has not happened.

On Monday, the National Court will hold an appeal hearing on the pre-trial detention order of the former president. There, it will be decided if the detention is ratified or if alternative measures are granted. (I)

Six out of ten adults in Ecuador have overweight and obesity