Lasso believes that Moreno should explain statements of corruption 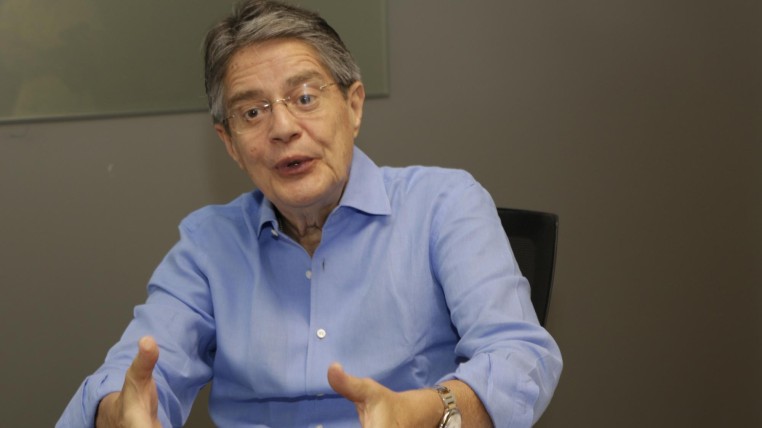 Guillermo Lasso, leader of the opposition in Ecuador, said on December 20 that the head of state, Lenin Moreno, should explain to the Prosecutor’s Office recent statements in which he said he is “spooked” by corruption, which he described as “galloping “In the final stretch of the previous government.

Lasso said in his Twitter account that the prosecution should call Moreno “to talk about his statements that ‘is spooked by the galloping corruption in the government of Rafael Correa’, of which he was part.” Moreno was vice president in the first years of administration of Rafael Correa, who governed a decade from 2007 until May 24, when he handed the job to his successor, who beat Lasso by a small margin at the polls.

Last Thursday, Moreno said in Madrid that his predecessor and co-religionist, Correa, thought more about his re-election than in the country, so “it would seem that on more than one occasion he turned a blind eye” on corruption, which he described as ” galloping “in the final stretch of the previous leader. In an interview he published then the Spanish newspaper ABC Moreno criticized Correa because, he said, he left the national economy “almost destroyed”, with some 600 major works with problems of overpricing.

In matters of corruption, the most serious case, so far, is that involving Vice President Jorge Glas, sentenced, in the first instance, to six years in prison for alleged illicit association in the corruption scheme of the Brazilian firm Odebrecht.

The defense of Glas, who was the vice president of Correa during the last years of his decade of government and who is in preventive prison since last October, has indicated that he will appeal the sentence. Correa has rejected Moreno’s comments about the “critical” economic situation he said he inherited.

Former allies, Correa and Moreno have staged since last May a pulse that extended to the official movement Alianza País (AP), which is now divided between those who support the head of state and those loyal to Correa. Lasso, leader of the movement CREO, claimed for his group the term “opponent” and asked citizens not to fall into “one more fraud of Alianza País”. “The CREO Ecuador movement is acting as an opponent. Let’s not fall into another fraud Alianza Country that wants to sell us that they are Government and opposition at the same time. CREO has proposed the impeachment to Glas and the CAL has already accepted it, “he said. Last Sunday, the Council of Administration of the Legislation (CAL) admitted to process the request for impeachment against Glas, a matter that has passed to the Constitutional Court for analysis. (I)