Lenín Moreno: Authoritarianism is overthrown; Ecuador was on the way to be Venezuela

There are 29 days left until President Lenín Moreno ends his term and Guillermo Lasso, who won the elections on April 11, takes the post. 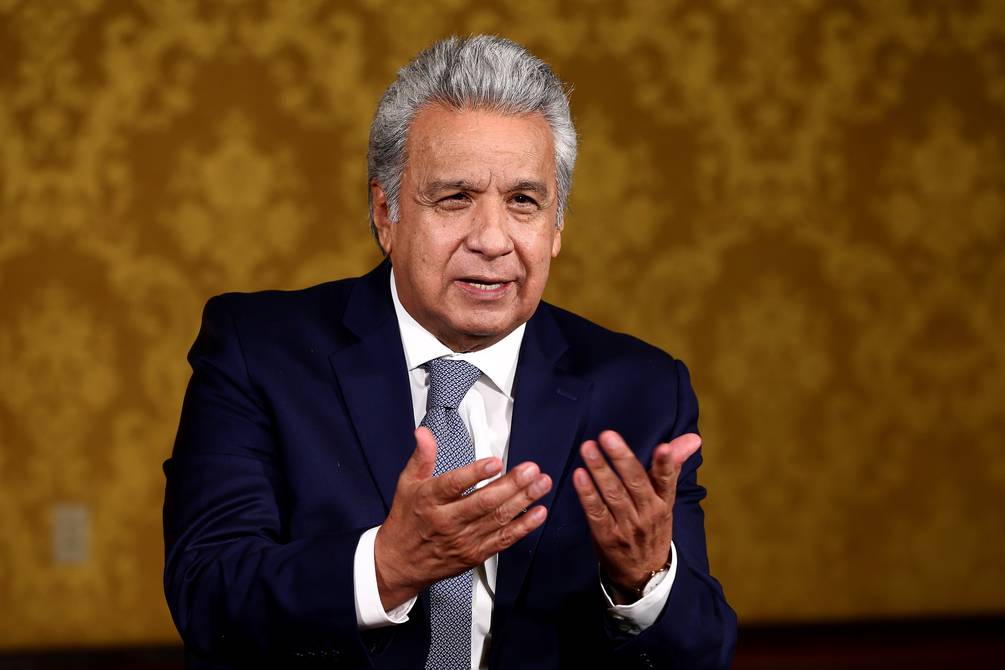 President Lenín Moreno will travel to the United States next week to speak at the ‘Forum for the Defense of Democracy’.

Moreno dedicated a good part of his mandate to moving away from the political and economic heritage of his predecessor and affirmed, in an interview with La Nación, that Ecuador was on the way to being a new Venezuela.

“Yes of course. Let us remember that the previous president, the economist (Rafael) Correa, built roads and bridges to Colombia that did not have a continuation, that ended in a mountain, and that were destined to transport narcotics. On the other hand, the radars were damaged so that they cannot detect the planes that transported drugs. A band of permissiveness was created in which drug traffickers could be and roam without any restriction, ”he said.

And he added: “At first we all got upset, and we all got upset with good reason, because without a doubt it was an interference that did not correspond to the Colombian State. But I always suspected the excessive annoyance of President Correa for that act , he did not even accept the apologies presented by the former president (Álvaro) Uribe. Later I understood, I had an agreement with the FARC … Do you need more evidence? ”, Said the president.

To this, Moreno indicates that there is no margin for negotiation with authoritarian systems. “In Venezuela, what prevails is an authoritarian regime financed by drug trafficking, a criminal regime that has subjected them to exile, that has expelled five million of its citizens for relief. (…) There is no dialogue with dictatorships, dictatorships are overthrown ”, he emphasized.

The Executive will leave his mandate with 4% credibility and 6% approval of his management , according to Cedatos figures, and affirms that he is not worried about his low popularity.

“We always choose to act in a correct way and not in a popular way. And the correct thing was to order the accounts ”, he mentions.

He also says goodbye in the midst of an economy in crisis aggravated by the pandemic and the passage of four health ministers during his term, which denotes management problems and in addition to a slow rate of vaccination.

Moreno attributes that the large laboratories “have not complied with the commitments they have established” with their government. “Usually they postpone deliveries a bit, I understand that it must be due to the huge global demand,” he said.

Meanwhile, he considers that in the four years progress has been made in the fight against corruption.

“(Much progress has been made). In the first place, for the freedom so that people can freely denounce everything that they consider acts of corruption. Now it is freely denounced, and even this excess of freedom sometimes makes the governments themselves self-immolate a bit with such a decision, but it does not matter. Freedom of expression must be stretched as much as possible, even at the cost of damaging the dignities of rulers, “he told the Argentine media.

Faced with the question of whether there is something pending , Moreno said: “To have closed faster and in a better way certain types of public companies that were taken advantage of, that were seized, looted by the previous government and that are with terrible losses. Some are in the process of closing or sale or concession, and I have not been able to finish it ”. (I)

‘Pagar es fácil’, the platform that opens borders to entrepreneurs in Ecuador

Unconfirmed Fusarium alert in Venezuela worries the national banana sector, which highlights 2020 exports and challenges for this year