Lesparragusanada promotes the young comic from the region 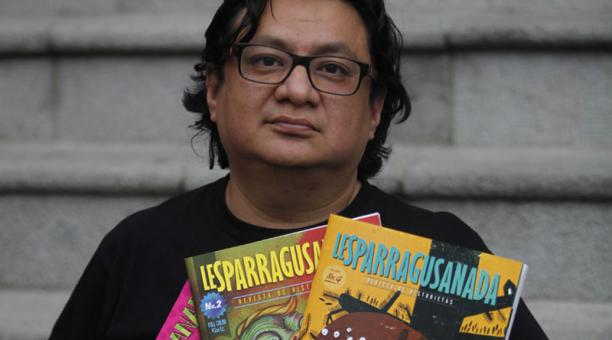 The Lesparragusanada launched its first edition in 2000 with the aim of becoming a graphic environment where the comic is treated as an art. An underground publication with comic books that describe the local reality. At the end of December 2016 Jorge Chicaiza, Carla Garcia, Mono and Fausto Machado, the creators of this magazine, presented the fourth issue. A publication containing 22 comic strips by artists from Colombia, Mexico and Ecuador. For the new edition, they made a call in which more than 60 artists participated.

25 artists were selected by the jury composed by Patricia Breccia, Andres Aguilar, Marco Toxico and Chicaiza In this 64-page edition, which was released in print and digital formats, there are comic books like ‘The Captain’s Doubloon,’ a comic book by Jorge Cevallos based on Moby-Dick, the novel by Herman Melville. Chicaiza emphasizes his minimalist style in this work. The author is part of this publication as a guest artist.

More than 25 Christmas events and fairs in Quito