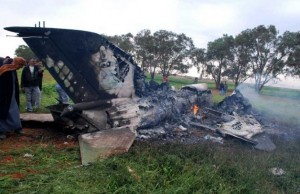 Almost immediately after the U.N. Security Council authorized the use of force to protect besieged civilians in Libya. The Libyan Foreign Minister Moussa Koussa, informed the immediate ceasefire of all military operations, recently the authorities in Britain and France had stated before Koussa’s remarks of an imminent military action.

This Friday Koussa talked with the press in Tripoli and said that Libya would protect civilians and provide them with humanitarian aid. The recent imposition of a no-fly zone in Libya violates the country’s sovereignty. During Friday morning there were serious talks regarding a military action against the regime of Muammar al Gaddafi. The French government spokesman, Francois Baroin, informed that France is ready to take “swift” efforts.

Meanwhile the British Prime Minister, David Cameron, informed the preparation of Britain to deploy aircraft. Recently the Defense Minister of the Spanish government, Carmen Chacon, revealed that they offered NATO the use of two military bases and provides air and naval support in operations that involve Libya. The U.S. troops will also be admitted in the Spanish bases. This afternoon, president Barack Obama plans to make announcements regarding the Libyan crisis.

The decisive Security Council action came after several weeks of the Libyan civil war between the Gaddafi regime and the rebellion. The death toll and destruction of cities and towns has been labeled by many humanitarian organizations as “outrageous”.