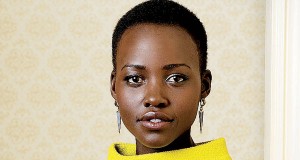 Kenyan-Mexican actress, Lupita Nyong’o will star in the romantic movie Americanah, according to the magazine Variety.

The film is based on the novel by Chimamanda Ngozi Adichie about a teenage couple who fall in love in her high school years while Nigeria is under military dictatorship.

Brad Pitt’s production company, Plan B, is in charge of making this film. Nyong’o worked with the same producer on the film 12 Years Of Slave and won an Academy Award as best supporting actress in 2014.